News > Can AI replace data scientists? This startup thinks so

Can AI replace data scientists? This startup thinks so 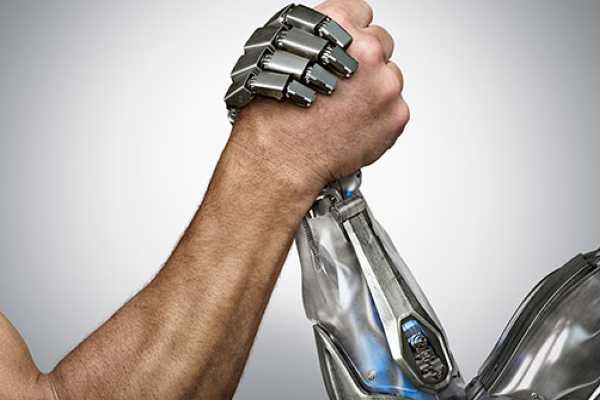 While a data scientist recently interviewed by iStart in New Zealand tends to believe data science is far from being commoditised, a Sydney-based Australian start-up clearly begs to differ. Hyper Anna claims that it has created a virtual data scientist to give financial sector customers business intelligence and on-demand insights based on natural language requests. Like IBM Watson? Nope, because Anna is smarter.

Anna, the company’s product, is apparently a virtual data scientist who interacts through natural language.

That’s one thing. Quite another is that it has secured a hefty A$16 million in investment funds, led by Sequoia China, with contributions from Airtree Ventures, Westpac Reinventure and IAG Firemark Ventures.

Both Westpac, which has shown keenness to invest in fintech, and general insurer IAG are two of Anna’s early customers and use her to answer questions about business performance – questions like those which saw Mister Watson pitched against Miz Anna. Girl power FTW, even if it is only in a name (and it isn’t, as we shall presently see).

The capital raised, said the company in a statement, will be invested directly into the expansion of operations to international markets including Hong Kong, Singapore, China and the USA. No mention of New Zealand; for now, however, the startup is HQ’d in Sydney, where a call to its offices went unanswered. No voicemail there, either; perhaps some of those investment funds can be allocated to 80’s-style office intelligence.

In the statement, Hyper Anna said it wishes to expose its AI software to new languages and cultures ‘to begin learning about the financial sector at a global scale across the world’.

Giving Anna even more cred is that it is a potential ‘women in tech’ nascent success. Co-founder and CEO Natalie Nguyen said the money raised ‘ensures we can continue our aggressive growth expansion up into Asia and then to the US’. “In each of these markets, many organisations are struggling to find data scientists to do the analytics and get the insights they need. We fix that problem with Anna.”

Nguyen said the intention is to pick up on the nuances of language to deliver financial insights, rather than spitting back mere facts. “Intent is something that humans have a knack for intrinsically understanding, but something that machines have traditionally struggled with.”

The company said that Nguyen, along with two unnamed co-founders, are data scientists ‘as well as salespeople and marketers’. On its website, Hyper Anna claims to be ‘one of the fastest growing startups in the data science space’, although no metric is provided (as is routinely the case with such claims).

Nguyen added: “The idea behind Anna is that all businesses, regardless of scope or size, deserve to have access to data scientists to drive value from the data they create and own. With a shortage of talent in the market Hyper Anna allows customers to scale their data analysis requirements in a very efficient manner.”

While scepticism is perhaps justified, there is trump card for the ‘la belle dame sans answering machine’ young company: “The fact that some of our investors are also our customers, gives us great confidence in the company, in ourselves, and the product.”

On Gartner’s most recent Hype Cycle for Emerging Technologies, Human Augmentation is climbing the Innovation Trigger up towards the Peak of Inflated Expectations, along with Conversational User Interfaces. Virtual Assistants sit at that Peak, while Machine/Deep Learning and Cognitive Computing/Cognitive Expert Advisors are sliding towards the Trough of Disillusionment.