News > Cleaning up and digitising the construction sector

Cleaning up and digitising the construction sector 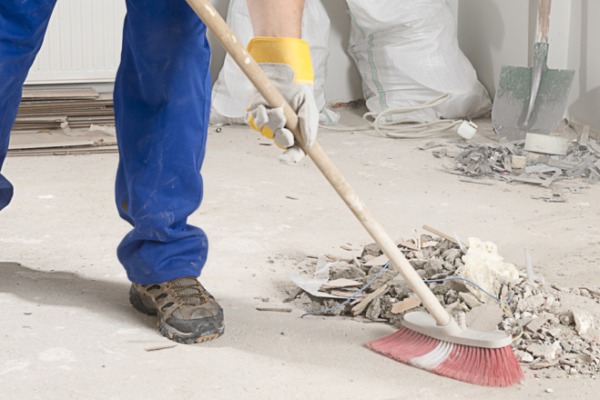 Data is being used to clean up the NSW construction industry, identifying apartment blocks under construction that are most likely to have issues and targeting them for audit and remediation before they sell their apartments.

The move is just one part of multi-pronged, data-driven changes for the construction industry, with a strata data hub and digitised trade licences also on the cards – and a response to the inevitable data privacy concerns also being pushed through.

The data analytics push by the NSW Government sees more than 170 million lines of data analysed to determine the worst performing certifiers and the residential apartment buildings they’re working on and forcing developers to fix any problems before consumers move in.

“This new approach is a big step in our commitment to cleaning up the industry.”

Minister for Better Regulation and Innovation, Kevin Anderson, says the data-led audit regime will enable the number of buildings put under scrutiny by the building regulator to be tripled to up to 150 buildings every six months.

“This data-led approach, combined with our new legislated powers, allows us to zero in on the worst players in the industry and audit the projects they are working on,” Anderson says.

“If an audit identifies potentially defective or non-compliant building work we will step in immediately to issue rectification or stop work orders to protect consumers before they move in,” he says.

“This new approach is a big step in our commitment to cleaning up the industry.”

The data analysis is a continuation of a data drive by NSW Government as it seeks to clean up the construction sector and increase accountability and transparency in the building sector. Faulty work has been blamed for pushing up the price of new homes and costing NSW taxpayers more than $700 million through the government’s home warranty scheme, with premiums for new low-rise apartments soaring 30 percent in January.

Earlier this year NSW Fair Trading announced its plans for a centralised digital ‘Strata Hub’ providing access to strata information, giving property purchasers insights into buildings while allowing the regulator to monitor each building’s ongoing maintenance and defect management. Information collected during the construction phase would be stored in the data hub to ‘help consumers make informed decisions about the trustworthiness of a building’ Anderson said in announcing the hub plans.

Subject to the passing of legislation and regulations, owners corporations will be required to report information such as annual fire safety statements and litigation relating to defects.

The plans for the hub were followed last month, by news the NSW Government is digitising the licence card for more than 30 Home Building and SafeWork categories, adding the trade licenses to the digital wallet in the Service NSW app.

Anderson says the system will enable around 1.5 million tradies to say goodbye to carrying plastic licences – of which they may have to carry up to 15 on the job – instead having quick and easy access to all the work licenses they need on their smartphones.

The White Card, which permits holders to undertake construction work in NSW, is the first category to go digital.

But, where there’s data, there are data breach and privacy concerns. And the NSW Government’s myriad of data driven plans come hand in hand with moves to implement a Mandatory Notification Data Breach (MNDB) scheme. The scheme would apply to NSW government agencies and departments, local councils and public universities. Draft legislation was released for consultation last week.

“The NSW Government is committed to enhancing services through digital innovation but it is vital the use of technology and data embodies the highest privacy, trust and security standards,” says Minister for Digital and Minister for Customer Service Victor Dominello.

Privacy Commissioner Samantha Gavel says she welcomes the decision to introduce the scheme, which is informed by the Federal Government’s Notifiable Data Breaches scheme, introduced in 2018.

“The adoption of a similar scheme in NSW would be valuable and promote and support responsible privacy practices by NSW agencies,” Gaval says. “It would also assist in building public confidence and trust in the Government’s use of digital technology and data to improve outcomes and services for the public.

The Information and Privacy Commission currently has a voluntary data breach scheme in place.

If passed there will be a 12 month implementation period to enable organisations to get systems and processes in place to comply with the MNDB’s requirements.