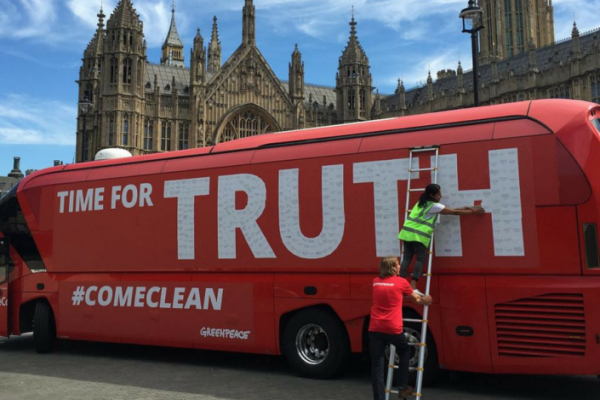 Now about that targeting…

Google is rolling out its Political Ads Transparency Report for the New Zealand elections later this year – a year after failure to do so in Australia saw the company in hot water – with Facebook also upping it’s attempts at transparency for political content.

Google’s Transparency Report and searchable ads library, which covers who is purchasing election ads, who they’re targeted to and how much money is being spent, has been available in the United States, India and the European Union and UK.

Google found itself in hot water in Australia last year when the Australian Electoral Commission took the company to task for not ensuring greater transparency around political advertising.

The AEC also said it was disappointed by a lack of assistance from Google in investigating a potential electoral law breach after the Google AdWords allegedly featured electoral ads which were allegedly unauthorised.

Advertising spend on platforms such as Google and Facebook is an increasing feature. Australian political parties owed Google $9 million just after the 2019 election, according to financial declarations filed with the AEC. Clive Palmer’s United Australia Party took the bulk of that, with $8.8 million spent and ads which apparently even appeared in mobile games.

Google ads, unlike Facebooks, which are confined to the company’s own sites, stretch across the internet in search advertising and pre-roll content on YouTube.

No doubt aiming to avoid the blowback experienced in Australia, Google New Zealand government relations and public policy manager Ross Young says the company will require any ad classified as an election ad to make clear who is paying for the advertising.

“In the absence of regulation, Facebook and other companies are left to design their own policies.”

“Election ads will mention a political party, candidate or current officeholder, or include information relating to a referendum vote,” Young says.

“We’ll also introduce a new process to verify election advertisers to make sure they are who they say they are. We will introduce a New Zealand-specific Political Ads Transparency Report and searchable ads library to provide more information about who is purchasing ads, whom they’re targeted to and how much money is being spent.”

Facebook is also an increasingly popular medium for politicians – witness Prime Minister Jacinda Ardern’s frequent Facebook Live sessions – and a platform for pushing political policies in the run up to the election.

The social media giant has also upped its efforts around political transparency, announcing that it will make its Ad Library for politics mandatory in July.

From July, New Zealand government-issued identification will be required to post ads relating to politics, which will also feature a ‘paid for by’ notice making it clear who is funding the ad.

The Ad Library shows any ads running across Facebook’s offerings, including Instagram, showing how much is being spent (in very rough terms) as well as how many people saw it, who saw the ads by gender and age, and where, geographically, the ads are being served.

The ad library was introduced in the fallout of the US 2016 election, which saw Russian-backed posts attempting to influence voters.

Late last year Twitter announced a ban on political ads in a move seen by some as a challenge to Facebook, which has faced increasing scrutiny over its stance of exempting politicians from third-party fact-checking and for its refusal to limit targeting of the ads.

“While Twitter has chosen to block political ads and Google has chosen to limit the targeting of political ads, we are choosing to expand transparency and give more controls to people when it comes to political ads,” Rob Leathern, Facebook director of product management said in a post earlier this year.

“In the absence of regulation, Facebook and other companies are left to design their own policies. We have based ours on the principle that people should be able to hear from those who wish to lead them, warts and all, and that what they say should be scrutinised and debated in public.

“This does not mean that politicians can say whatever they like in advertisements on Facebook. All users must abide by our Community Standards, which apply to ads and include policies that, for example, ban hate speech, harmful content and content designed to intimidate voters or stop them from exercising their right to vote. We regularly disallow ads from politicians that break our rules,” Leathern says.

Instead, Facebook says it’s introducing new controls to enable people to see fewer political and social issue ads on Facebook and Instagram. Changes to the Custom Audiences feature will also enable people to choose how advertisers can reach them.