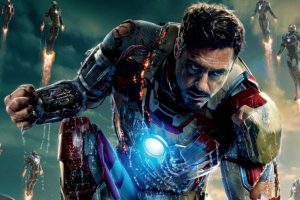 This year’s Digital Platforms Inquiry, conducted by The Australian Competition and Consumer Commission (ACCC), was, by all accounts, a groundbreaking inquiry into the impact of digital search engines, social media platforms, and digital content aggregators on the state of competition in media and advertising services markets in Australia.

When delivered, that report set out 23 recommendations for the Government, spanning competition law, consumer protection, media regulation and privacy law.

Now, following a 12 week public consultation process, the Government has offered its response to the recommendations in a document entitled Regulating in the digital age: Government Response and Implementation Roadmap for the Digital Platforms Inquiry, a sweeping reform roadmap ‘to ensure competition, consumer protection and a sustainable Australian media landscape’.

Tech giants operating in Australia will have to accept changes to their operating practices, one way or another.

Most dramatically, Facebook and Google are facing regulatory action.

“While digital platforms such as Google and Facebook are key pioneers in developing and popularising the online services they provide, their dominance of markets for the supply of these services creates competition risks,” reads the report.

“The Government will address bargaining imbalances between digital platforms and news media businesses by asking the ACCC to… develop and implement a voluntary code to address these concerns.”

Such a code will be finalised no later than November 2020, says the report, and tech giants operating in Australia will have to accept changes to their operating practices, one way or another, says the Government.

“Any code will be considered binding on the parties who elect to sign up to it. If an agreement is not forthcoming, the Government will develop alternative options to address the concerns raised in the report and this may include the creation of a mandatory code.”

To that end the Government has committed AU$27 million over four years for a Digital Platforms Branch within the ACCC.

Broadly, the report says the Government is committing to:

The reforms are sweeping, but the Government says it doesn’t consider the new commitments extreme.

“The Government’s role is not to protect domestic businesses from digital competition,” says the report, “but rather to ensure the proper functioning of markets and a fair approach to regulation that ensures the rules of the physical world apply equally to the digital world.

“Some of the recommendations can be addressed rapidly, while others will need further consideration and engagement given the complexity of the issues and the potential to have whole-of-economy effects.”

Some even say that the Government’s plans doesn’t go far enough, especially in regards to privacy legislation when compared to overseas precedents.

“The government’s plan for reform lags behind other major global jurisdictions, where greater privacy protections have been enacted,” argues Katharine Kemp and Rob Nicholls, law lecturers at UNSW.

“The ACCC’s recommendations on privacy sought to align Australia’s privacy laws with the GDPR. This included imposing higher standards for consumer consent and privacy notices, and introducing rights to erase personal data in certain situations.

“The government does support higher penalties for breaches of the Privacy Act, and will act on that recommendation sometime next year. However, there will be another 18 months of inquiry into whether any other improvements to the Privacy Act are actually required.”

The Government’s response rejected two of the ACCC’s proposals outright. The ACCC suggested the creation of a mandatory ACMA take-down code to assist copyright enforcement on digital platforms. The Government won’t support such a move, neither would it support tax cuts to encourage ‘philanthropic support for journalism’.