News > Is Facebook finally cracking down on its dodgy data collectors?

Is Facebook finally cracking down on its dodgy data collectors? 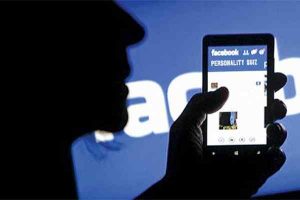 Facebook is banning data-hungry – but otherwise useless – apps from its platform as it looks to plug its data leaks. But is it enough?…

It’s been a rough time for Facebook. First came the Cambridge Analytica scandal, then the revelations of Russian meddling in the US elections via ‘fake news’ and bogus political ads. Most recently – and closest to home – it’s the livestreaming of a terrorist’s rampage through a mosque in Christchurch.

Yes, it’s been a period of eroding public trust in the social giant. But maybe the seemingly endless calls to ‘fix’ Facebook are starting to have an affect. Case in point: the social media megalith is apparently taking steps to plug at least some the data leaks, with a new statement announcing tighter controls on some forms of data gathering.

“Apps with minimal utility, such as personality quizzes, may not be permitted on the platform.”

In a blog posted on the Facebook developers website last week, Eddie O’Neil, Head of Platform at Facebook, announced that low-value apps and those with “minimal utility” will no longer be welcome on the social media site.

“Our Facebook Platform Policies are being updated to include provisions that apps with minimal utility, such as personality quizzes, may not be permitted on the platform.”

O’Neil also stated that the type of data that can be requested by certain apps will also be restricted.

“The update also clarifies that apps may not ask for data that doesn’t enrich the in-app, user experience.”

While further details are scant, it seems that on this, Facebook means business: The clampdown will also include denying app developers access to certain permissions – even ones historically agreed to by app users.

“In the coming months, we will be releasing a more significant update to our policies.”

Yes, it’s drop in the bucket, but it’s also a step in the right direction. The updates come a year after the Cambridge Analytica scandal broke. In that case a British political consulting firm purchased 270,000 Facebook-generated personality tests (a violation of Facebook’s T&Cs) as well as information on test-takers’ friends – which it then reverse engineered to produce highly detailed personality profiles.

The end result saw Cambridge Analytica in possession of more than 100 million registered US voters, which it used to create dozens of hot-button US election-themed advertisements – immigration, gun control and the economy – which, just maybe, altered the course of the 2016 US elections.

But while the Cambridge Analytica scandal was the biggest, is was just one of several consecutive embarrassments for the company in 2018, including revelations about its inappropriate relationships with Russian trolls, September’s hack of 30 million accounts, and the accidental exposure of 6.8 million users’ photos, including private ones, in December.

It’s all beginning to add up to some bad PR – and unstable share prices – for the social media giant, as well as an increasingly likely fine of up to US$5 billion from the FTC over privacy violations.

Following the Easter terrorist attacks, Sri Lanka has demonstrated that, for governments at least, where there’s a will to shut social platforms, there’s a way. And with New Zealand Prime Minister Jacinda Arden and French President Emmanuel Macron calling on world leaders to force social media sites to take radical new steps to monitor their platforms for extremist content, it may be a new day for Zuckerberg and company – one that sees ‘the public good’ – however you define that – placed above simple shareholder interest.