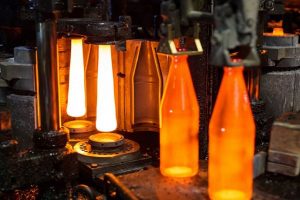 The recent Epicor A/NZ Customer Summits gathered together more than 100 technology decision makers in Melbourne, Sydney and Auckland. Speaking to iStart at the end of the A/NZ tour Vince Randall, regional VP for ANZ and Malcolm Fox, VP of product marketing, said they were particularly impressed by the ways that Epicor’s platform was being used by their customers to grow and evolve. These customers are predominantly manufacturers but also feature a large aged care client base, and clients in the financial services, construction and music industries.

In New Zealand Randall commented that the customers they talked to were still seeing a lot of top line growth with businesses breaking in to new markets and expanding overseas. He said customers looking at how their software platform can help them to do that. “We’ve had a lot of manufacturers who are branching into services and it’s important that those software platforms don’t restrict that growth,” offered Fox as an illustration.

Conversely, in Australia, they are seeing a lot of margin growth, for example, a Melburnian family business in the quarry industry has been growing by buying up competitors’ quarries. Its technology focus has been on integrating its acquisitions: “They have been able to wrap those organisations in the Epicor platform very easily,” Randall said.

And these businesses are indeed transforming – some every few years, and some every few months or even weeks. What is interesting, however, is that there was still a great deal of talk about the cloud and mobility at the Customer Summit, especially in New Zealand. While all of the customers had virtualised many had not yet made the leap to the cloud.

“They are looking to Epicor for help on cloud and mobilty technology. They have all virtualised, using IaaS for everything outside of the business systems,” explained Randal, who, along with Fox, was surprised the conversation had taken this long to eventuate.

“I think there is a tendency in our industry to latch on to cool stuff because it is trendy and then you come to customer days and you see these people in manufacturing who are struggling to extract their data from Excel and there we are talking about big data,” said Fox, noting the disconnect between the trendy technology and its adoption by more conservative industries. “For a manufacturer to move its ERP to cloud you are taking the heart of their organisation,” said Fox.

Despite this apparent reticence to adopt the newest shiny thing, technology as a business strategy is moving up the management ladder and there were more CFOs present at the customer days than CIOs. “What is becoming clear is that some of these more distant trends and concepts that we have been talking about for a long time are now resonating with customers and Epicor is able to help them drive the growth,” said Fox.

Something else that Randall and Fox noticed during the tour is just how loyal the Epicor customer base seems to be, despite the massive organisational changes that many of them have gone through. “We are very proud that the Epricor customer base has been very loyal and has been able to reinvent themselves,” said Randall highlighting one customer who has been running Epicor the past 16 years.