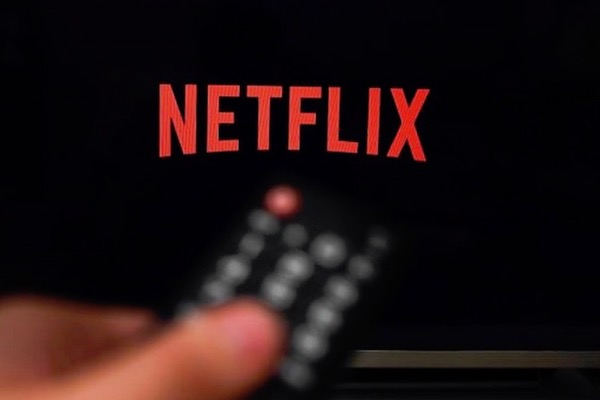 Netflix’s new documentary series, Meltdown, might be about the Three Mile Island nuclear plant meltdown, but the company is going through its own meltdown, with share prices plummeting as the company loses 200,000 subscribers – and warns of much bigger losses ahead.

The drop in subscribers for the first three months of 2022 is the first for the streaming services in a decade that has seen exponential growth for the company. News of the drop – at a time when the company was expected to add more than 2.5 million subscribers – sent shockwaves through Wall Street, with shares plummeting 35 percent the day after the announcement, wiping out US$54 billion from the company’s market capitalisation.

“We’re working on how to monetise sharing.”

(It should, however, be noted that Netflix pulled from Russia during the quarter. Without the Russia removal, numbers would have been up 500,000 – still a paltry increase for a company more used to increases in the multi-millions.)

And in news that won’t please Lady Whistledown, shareholders were also warned that another two million subscribers were likely to be gone in the three months to July.

Asia Pacific was the only glimmer of light for the company, with ‘nice growth’ in a variety of marketing including Japan, India, Philippines, Thailand and Taiwan.

The company has served up a long list of reasons for its woes, from inflation to the war in Ukraine, existing high household penetration and, of course, fierce competition, and a long list of options to counter the declining fortunes, including adding an ad supported subscription plan, cracking down on households sharing passwords, and pulling back on its content spend.

While users tuned into Netflix during Covid lockdowns and restrictions – adding 36 million subscribers in 2020 and taking the company’s share price to record highs – the company now appears to have lost its bite, along with other FANGs such as Meta.

Back in January, Netflix shares slumped as much as 25 percent after the company reported its slowest growth since 2015, after adding ‘just’ eight million customers in the last three months of the year.

Around 600,000 people across the US and Canada dropped the service after a price increase in January.

For a company used to adding around 26 million subscribers a year over the past five years, before dropping to 18 million last year, it’s a significant change of fortune.

In an earnings call, Netflix cofounder, chairman, president and co-CEO Wilmot Reed Hastings admitted Covid had clouded the picture by significantly increasing growth in 2020, leading the company to believe most of its slowing growth in 2021 was due to Covid pull forward.

And so, the company is now working on ‘how to monetise sharing’ and introducing cheaper, ad-supported subscriptions as have already been introduced by many of its competitors including Hulu and Disney+.

Hastings has long been opposed to advertising but stranger things have happened than an about turn in the face of declining fortunes.

“Those who have followed Netflix know I’ve been against the complexity of advertising and a big fan of the simplicity of subscription.

“But as much as I’m a fan of that, I’m a bigger fan of consumer choice,” he says. “Allowing consumers who would like to have a lower price and are advertising-tolerant get what they want makes a lot of sense. So that’s something we are looking at now.”

He indicated a lower price option, with advertising could be available within the next year or two.

On the password front, Netflix estimates more than 100 million households are sharing passwords.

“We’re working on how to monetise sharing. We’ve been thinking about that for a couple of years, but when we were growing fast it wasn’t the high priority to work on,” Hastings says.

“And remember, these are over 100 million households that already are choosing to view Netflix. They love the service. We just got to get paid at some degree for them.”

The company has been testing payment plans to curb password sharing in Latin America, requiring account holders to pay to add user profiles for people outside their household, and those plans could be rolled out wider.

“Our job is really to better translate that viewing and the value that those consumers are getting into revenue,” Gregory Peters, COO and chief product officer, says. “And the principal way we’ve got of going after that is asking our members to pay a bit more to share the service with folks outside their home.”

The company says it will also be pulling back on spending growth across both content and non-content.

In the fierce battle for fresh content, Netflix has been spending heavily, building a library of fresh content. Unlike competitors such as Apple, Amazon and Disney, the company hasn’t branched out to include other programming such as sports or theatrical box office it its lineup.

Other analysts point to a lack of compelling content, with the likes of Hulu’s The Dropout and Apple’s Severance winning fans.

The company has apparently begun to recognise its need to differentiate revenue streams – its moving into gaming with the launch of a mobile game and TV series based on the charmingly named Exploding Kittens card game.

But before we shed tears for the company, it might pay to note that it does still have 222 million subscribers globally and its Q1 revenues? Well, they were up 9.8 percent year on year to $7.8 billion, with net income of $1.6 billion. Times might be grim, but the company is still forecasting a nice 9.7 percent revenue growth for Q2, topping $8.0 billion.

Perhaps there’s no need to call in Sheriff Hopper yet.