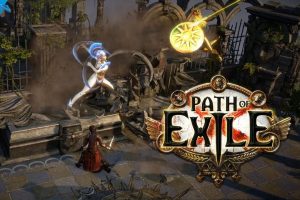 It’s the quiet achiever of the New Zealand tech and creative industries, and while interactive game development might not be garnering Lord of the Rings style attention, it’s an exploding industry.

To be fair, the Kiwi figures are still small compared to overall tech sector figures for the country – last year’s TIN 200 report of the top 200 tech companies showed a sector cracking $12 billion for the first time, with $8 billion in exports – but they’re moving fast. Revenue for the interactive media sector has doubled since 2017, when it logged $99.9 million and is up 42 percent from last year’s $143 million.

The growth puts the sector well on track to become a billion dollar industry by 2024, as forecast in the Interactive Aotearoa Report released last August.

It’s not all about creating entertainment for us either: 24 percent of New Zealand’s interactive studios have made games or apps for business clients or government departments and 20 percent have made games for educational institutions.

Business and educational opportunities aside, the video games development market isn’t an opportunity to be sneezed at, with the global games market forecast to generate more than US$153 billion last year, up from $138.7 billion in 2018 according to gaming industry forecaster Newzoo. The Interactive Aotearoa Report, meanwhile, says the global market will be worth US$258 billion in 2021.

The annual NZ Game Developers Industry Survey of 39 interactive, gaming, virtual reality, augmented reality and edTech companies, shows the 10 largest studios earned 93 percent of the industry revenue and, between them, employ 77 percent of the workforce. It’s a growing workforce. The 39 companies, which on average are now 10 years old, employ 683 creative and hi-tech workers, an increase of 133 new jobs for the year. (Australia, incidentally, despite its lower revenues has nearly double the workforce with 1275 full time employees in game development studios.)

Among the Kiwi success stories is Grinding Gear Games, whose Path of Exile online action role playing game was one of the top 10 played PC games in the world.

Just like Hewlett Packard, Grinding Gear Games started out in a garage, in this case out in West Auckland in 2006. It now employs around 150 people – sticking true to its roots and remaining in West Auckland, albeit not in a garage anymore – and more than two million people worldwide regularly play Path of Exile.

The company’s success saw Chinese giant Tencent acquire a majority stake in the company in 2018 for an undisclosed sum of more than $100 million.

RocketWerkz, which started in Dunedin, has opened a second studio in Auckland to keep up with demand.

“Our aspirational, yet achievable, goal is to see New Zealand become a billion dollar exporter of interactive media, sitting alongside our successful film and software sectors. We’ve made a strong start, but our sector is still young and growing,” she says.

“What we’re seeing [in the latest results] are the fruits of the last generation of New Zealand interactive studios’ hard work. Our opportunity is to support the next generation of creative tech companies to join them.”

But the industry growth isn’t without its hiccups. Like most of the Kiwi tech sector, it’s experiencing skills shortages, despite the Creative NZ and NZ On Air report, A Profile of Creative Professionals 2019, finding that it’s one of the best paid creative occupations in the country.

Attracting early stage development funding and investment for expansion continue to be the biggest growth challenges for the sector.