News > The simplicity and complexity of integration and automation

The simplicity and complexity of integration and automation 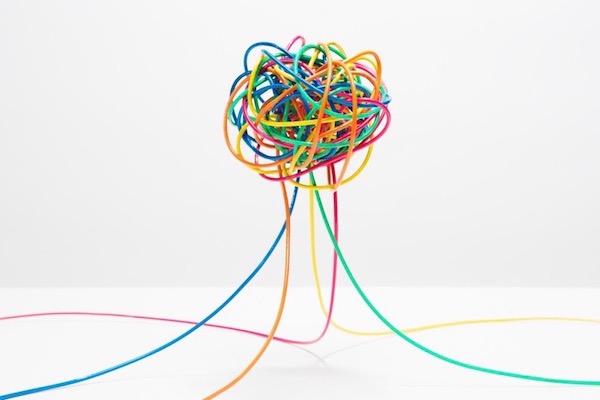 KISS, but with some powerful options…

John Deeb is clear: The future direction of building process orchestrations between applications lies in keeping it simple to do simple things, while also providing the ‘powerful and extensible options’ required by organisations today.

Deeb is A/NZ country manager for integration and workflow automation platform Workato, and it’s that blend of simplicity and complexity that Deeb believes sets Workato apart.

He acknowledges that there’s long been a perception that low-code, no-code – part of Workato’s stock trade – is limited by the level of complexity it can deliver in automations due to the very nature of it being low-code, no-code.

“We would challenge that simply because the platform we built is focused on simplifying the experience of doing the simple things but also supporting the complex integrations, automations,” Deeb told iStart.

“And we’re extensible into code if you want to include code,” he adds.

Workato, which announced late last year that it had raised another US$200 million for a $5.7 billion valuation, has a solid background in integration. Its founders are ex Tibco founders – and the creators of integration platform The Information Bus (the TIB of Tibco).

With Workato, automation joins the mix, alongside low-code, no-code. The platform, which Deeb dubs ‘a platform for platforms’ enables users bridge different ecosystems and create automations spanning ‘thousands of applications’ from scratch, or to use prebuilt ‘recipes’. There are around 1,200 Workato connectors including for SAP, Oracle, Workday, Salesforce and a range of enterprise systems Deeb says other low-code no-code platforms have steered clear of. Additional connectors are contributed by the community, and the company is aiming for 10,000 connectors.

“Workato bridges work and automation. We’re all about simplifying the ability for our customers to automate the work, especially as they have so many applications right now in their environments,” Deeb says.

“Small, medium and large companies have have adopted a lot of SaaS technologies which are easy to consume but generate data and process silos.

“Because we have such a strong ability to integrate into these applications we let customers sync their data and their processes can flow through the various CRMs, marketing automation and maybe order management, inventory finance, HR support etc.”

“What we found was people using automation to do things like order to cash, procure to pay, to optimise marketing automation solutions across marketing operations. In the Automation Index, specifically in retail, returns and refund saw a 1000% growth year-on-year on that particular automation,” Deeb says.

That’s being driven by increasing e-commerce – with e-commerce front ends, and the support systems in the back end, including order and finance systems, all of which are involved in returns and refunds and all of which are reliant on having the latest source of truth on the customer, products and support case.

The growth of remote work, skills shortages and other pandemic headwinds are helping drive automation.

“Of the top 10 applications that were integrated, Slack and Microsoft Teams came up in the top five,” Deeb says. “As the remote work experience continues to become more the norm, organisations need a way to communicate beyond just email. These collaboration platforms offer a way to do much richer interaction with the end users.”

Companies are harnessing integrations for the likes of approvals processes, enabling approvals to be completed in Microsoft Teams or Slack.

“That cuts down a whole lot of unnecessary steps of reading an email, logging into a system, doing the approval. You can do all that thorough these collaboration platforms.

“That’s getting more and more popular especially here in Australia and New Zealand.”

But while low-code, no-code platforms such as Workato and Zapier are a powerful option for companies wanting to enable non-developers to pull together workflows to access data from multiple sources, they also come with security concerns. Incorrectly configured, they can also potentially expose data.

Deeb says security and governance is ‘definitely an area of growth’ within the A/NZ business as it works with its larger customers.

“For those that are adopting an automation DNA they really want to put the platform in the hands of more users in their organisation because they see for them to scale on automation and really reap the reward of allowing people to automate their mundane tasks, it needs to be as distributed model as possible,” he says.

“The way they mitigate against some of the risks is first of all we still have segregation of systems. So you are not giving access to their production systems to the users who are building personal automations.”

Instead automations are built and tested in a sandbox environment with ‘non-sensitive data’.

“The governance process then allows them to determine the transition from that development environment into other environments as they get tested and then finally deployed in production.

“We have got a lot of capability in place to support the automation of that experience so that the Centre of Excellence or automation HQ team can identify and manage the transition really tightly so there is no risk of accessing the wrong environment or data.”

Value reporting is also a key part of the governance, as is user enablement and training and being clear on service levels, he adds.