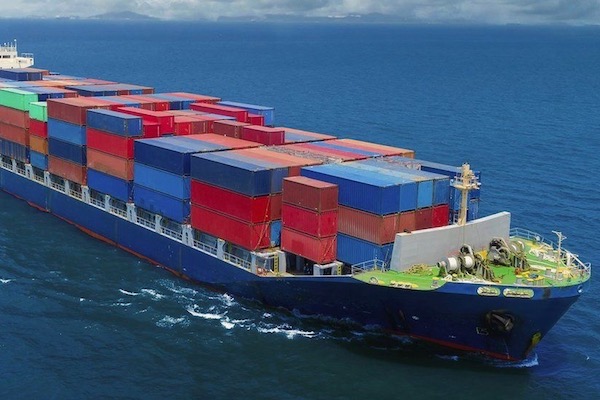 There’s billions of dollars to be had from improving digital trade uptake and gaining visibility across the supply chain, but despite growing awareness of the need of supply chain improvements, the legal support for digital trade remains a missing link across Australia and New Zealand.

“The movement of goods across this entire supply chain currently is very siloed. It is a broken process.”

AJ Smith, CEO of TradeWindow, which provides digital solutions for exporters, importers, freight forwarders and customs brokers, says digital trade has huge potential for both markets, reducing costs for trading partners and helping clear and move goods through the system faster. Getting access to markets faster and gaining premium rates in markets for fresher goods, increased transparency, higher levels of trust in the integrity of data and goods through Blockchain or distributed ledger technology, and greater duty collection are among the wealth of benefits Smith believes are there for the taking, not just for the trading partners, but for the entire supply chain.

But key to it all is breaking down the silos between the ‘four pillars of trade’ – government, the logistics sector, the finance ecosystem and commercial partners – and enabling validated and verified data to move freely.

“The movement of goods across this entire supply chain currently is very siloed. It is a broken process,” Smith says.

An NZIER report found a further NZ$9-18 billion of value could be unlocked over 10 years by trade between New Zealand and its APEC trading partners if digital trade is more fully adopted.

NZIER principal economist Chris Nixon, author of the report, says the benefits of digital trade solutions have been brought into stark contrast during the pandemic when is hasn’t been possible to deliver the right paper, with wet signatures and stamps, to the right ports in the appropriate timeframe.

The report, Digital Trade is the Way Forward for New Zealand, highlighted the productivity gains of moving away from paper-based systems, connectivity gains as digital systems for building trust break down long-standing cultural and regulatory barriers; predictive gains from being able to ‘foresee’ supply and demand with greater accuracy and plan accordingly; visibility gains enhancing security and certainty of provenance; and inclusiveness gains enabling smaller and less sophisticated exporters and importers to get started sooner, more easily and more safely with global trade.

Nixon says it comes as no surprise to those working in the supply chain that the cost reductions of digital trade are significant.

“Recent examples showed that a single shipment could pass through 30 different organisations, with up to 200 communications about that shipment,” Nixon says. “These communications are impeded if they use systems that do not talk to each other, eg pieces of paper. If a form is missing or there is a problem with some information, then delays are inevitable.”

“We are now finding ourselves in that time where this has become really crucial with all the bottlenecks and the post-Covid challenges we are facing,” Smith says.

TradeWindow recently partnered with online cargo management system PortConnect, which provides visibility of the status of cargo at sea and inland ports. PortConnect’s software, which provides container and vessel data for Ports of Auckland, Port of Tauranga, Timaru Container Terminal and Lyttelton Port Company who together process more than 70 percent of New Zealand’s exports, will be integrated through an API connection with TradeWindow’s digital trade network.

It’s also in talks with smaller New Zealand ports to ensure full visibility across the network, and is integrating to Australian ports as well.

Unsurprisingly, TradeWindow, just three years old and with seed and investment funding from ASB and Greenlea Meats as a founding partner, is keen to connect as many partners as possible in ‘the most rapid time’.

But there remain vast stumbling blocks.

“It’s not just TradeWindow side that needs to be ready. Our partners must also be ready at the same level.”

And clearly, they’re not.

Smith says while there’s been good progress ‘there is still a lot of work to be done’ though he was reluctant to indicate just how much work remains.

“There is good progress made, but there is also a lot of legacy in their systems,” he says. The pre-Covid ‘massive underinvestment’ became clear post-Covid and has led to the current issues, he says.

So what’s to be done?

Smith points to a need for all stakeholders to be digitised, but to do that you need to standardise, he notes.

“It’s a bigger problem than just connecting machine to machine. That’s our biggest challenge – dealing with legacy first, and then getting ourselves ready for the future by standardising and then digitising and getting machines to talk to each other.”

Key to standardising are trade agreements which take account of international digital transactions.

Some agreements, such as the Digital Economic Partnership Agreement (DEPA) – an agreement between New Zealand, Chile and Singapore – include binding commitments on data flows.

“Increasingly more trade agreements are really starting to take into account digital trade facilitation and those clauses are really finding their way into the operational side of businesses,” Smith says.

“DEPA [is] three very similar economies that realised that digital trade is very important for each of these economies and they are now leading I would say the world with that agreement.

“There is still a lot of work to do on the operational and implementation side, but that creates opportunities for companies like us to come and help with implementation of these agreements and build solutions that can actually execute on that.”

China, the Republic of South Korea and Canada are also looking to join DEPA.

Australia, too, is embracing digital trade and joining trade agreements, including one with Singapore already in place. Australia has also announced a customs and trade facilitation review and released a report last month on how to renew the entire digital environment and give it the budget and attention required.

But while the government agreements are important, there are building blocks required to get us to full end-to-end digital trade and legislation underpins that.

“What industry is looking for is legislation that accepts the digital version on the same basis as a paper version. That legal support for digital trade is really the building block and that’s the missing link.”

Model Law has been accepted by Singapore and several other economies already.

“We know at least three or four other countries looking at that right now,” Smith says. “We would also like New Zealand and Australia to look at that and potentially accelerate the adoption of ModelLaw to facilitate digital trade.

“That is the legal harmonisation and that’s underpinned by Model Law and we just want New Zealand to take this serious and support that and join the other forward thinking countries. They have done great work, trade agreements, but that’s the next step for us – to seriously consider model law.

With Model Law and trade agreements in the hands of others, Smith is urging companies to instead focus on their own digitisation journey in preparation for digital trade.

“Just take a pulse check of where you are. Look at your own business, look at internal processes and systems and see if the entire internal business is even digitised. And then get an action plan in place and have team on implementation side. And talk to different stake holders and also understand your trading partners and stakeholders and service providers and where they are on the journey.

“This is not a situation where you can be disconnected or doing this in silo, it is a collaboration of differnet stakeholders that all help towards full digitisation. Even in the finance sector some banks digitised and others still starting their journey of opening up, and even making APIs available is something we find hard with certain partners and stakeholders. It is not as freely available as one would think.

“There are a lot of partners in the supply chain who are still on that journey or just starting journey and you need to be realistic in terms of where your partners are at the moment.”

As for TradeWindow, Smith says the company is quickly building out its network through deals like that with PortConnect. It’s also integrating the TradeWindow solution to 14 other countries via the Pan Asian Ecommerce Alliance, which includes SE Asian single trade windows. It’s also connected with the New Zealand Trade Single Window.

“Over the next two years we are actively focusing on completing the TradeWindow global trade platform and that means that at least in Australia and New Zealand all our trade partners would have a high level of transparency and visibility throughout the trade platform.”