Vaccination systems and the Goldilocks zone 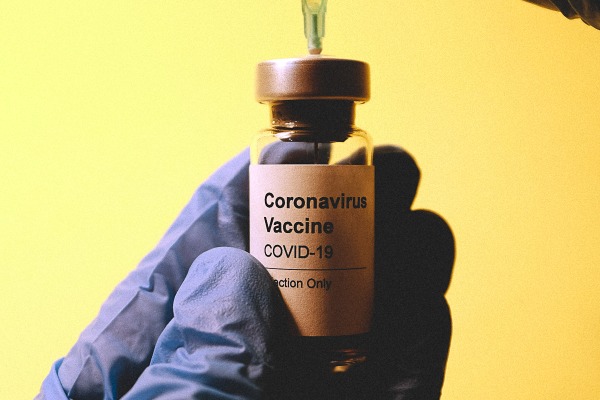 Not too fast, not too slow…

Australian and New Zealand health administrators are among those struggling to find the Goldilocks zone between haste and efficacy when it comes to Covid vaccination systems.

Australia’s federal government is facing accusations of a rushed launch of its Covid vaccination booking site – which fell at the first hurdle this week – while New Zealand is taking a softly, softly approach despite three out of four required systems not being in place yet.

The Morrison government launched its national vaccine booking system on Wednesday. Users were reportedly faced with difficulty logging on to the site and error messages, some participating clinics weren’t included in the listing, and despite the system being billed as an online booking system, large numbers of clinics listed on the site were available only as phone bookings. That saw GP clinics – some of which weren’t even aware they were included on the site – deluged by calls for vaccines they don’t currently have in stock.

“We simply can’t get this wrong.”

Clinics which have online booking facilities were among those fielding volumes of calls when the site included only phone numbers, with only clinics using the HealthEngine system – one of a handful used across Australia – able to accept online bookings. Other booking engines are expected to be added over the coming week.

Perth-based HealthEngine – a company which just last year was fined AU$2.9 million by the ACCC for its handling of patient information – was contracted by the federal government earlier this month to build the Covid-19 vaccination booking platform.

HealthEngine’s appointment as contractor raised eyebrows. The company was fined by the ACCC last August for giving the non-clinical personal information of more than 135,000 patients to health insurers, without patients’ consent, and for removing and altering negative customer reviews, and ‘embellishing’ others. The company pocketed more than $1.8 million from its arrangements with the insurers between April 2014 and June 2018.

Australia isn’t the only country struggling with online booking systems for Covid vaccinations. Massachusetts residents faced similar issues last month with a website listing vaccine sites and availability and a site for registering for a vaccine both crashing under heavy traffic.

Around six million Australian’s are eligible for vaccinations from next week under phase 1B of Australia’s vaccination plan.

Australian Health Minister Greg Hunt called for patience yesterday, while the opposition accused the government of causing chaos and confusion, and the Royal Australian College of General Practitioners said it was clear the government needed to better communicate with the community on vaccine rollout process and not build ‘unrealistic expectations’.

New Zealand is facing no such problems – at least for now – with booking systems apparently far from complete. Three out of the four systems required for the wider vaccination rollout are yet to be completed – though to be fair, general vaccinations aren’t expected to begin in New Zealand until May (for those at risk) and the July for the general population.

Despite that Director-General of Health Ashley Bloomfield was last week forced to defend not having the systems already in place.

He says the immunisation program for the border workforce, which began in late February, is a different approach to that for the general population and doesn’t require the same systems.

A minimum viable product version of the Covid Immunisation Register, tracking who has had a vaccination, was ready in December and Bloomfield says the system has had ‘very good feedback’ from those using it.

The Ministry of Health told iStart this week that a notification process has already been implemented, ensuring GPs’ patient management systems are automatically updated from the Covid-19 Immunisation Register so they know when patients have been vaccinated outside of their practice.

The platform for a separate booking system has been selected and, like the CIR and the contact tracing system before it (which was initially developed for the national bowel screening programme and repurposed when Covid hit), will be based ‘on that same basic platform’ of Salesforce.

The MoH spokesperson says it aims to have the national booking solution live by May, and there will be non-digital ways of accessing the vaccinations too.

The third component, Bloomfield says, is a recall system providing the ability to recall people for their second vaccine at the right time.

Rounding out the work is a new inventory system capable of coping with ‘the very specific challenges around the logistics’ of the vaccines, including cold storage requirements.

Bloomfield says that system is ‘in development’.

“At the moment we have a system in place,” he said, noting that the number of vaccinations already given couldn’t have been achieved with a manual system.

“But as we scale up, and in particular as a larger number and different types of sites come on board – GPs, potentially pharmacies and mobile clinics – there will have to be a much larger and more sophisticated system,” he says.

The MoH spokesperson says it has invested in digital capability for inventory management and the technology will be ‘further enhanced’ in the coming weeks as rollout progresses and vaccination volumes increase.

“The progress that is being made in preparation for wider population roll out is not just about standing up each component but making sure they are all integrated,” Bloomfield says. “That will be critical.”

Bloomfield says large district health boards are using their own systems for the rollout of vaccines to border workers.

“But as we roll out to the wider population we will need this scaled up, integrated system.”

Bloomfield faced questioning from National MP Chris Bishop during a Health Select Committee hearing about the processes in place to ensure the IT rollout didn’t become another high-profile disastrous government IT projects, such as Novopay.

“We simply can’t get this wrong,” Bishop says.

That risk of failure is one reason for the ‘iterative’ approach the Ministry of Health is taking, Bloomfield says.

“[We’re] not trying to do the big bang, huge amounts of money and land it on one day, but actually lifting a current system.”

And the work won’t end with Covid vaccinations. The MoH says towards the end of the year, its focus will shift to implementing the National Immunisation Solution – a system to replace the existing National Immunisation Register, built back in 2005. The new system will include all vaccinations, from childhood through. Once fully implemented the system will enable any health worker to record vaccinations, anywhere, anytime, whether publicly or privately funded, while also enabling patients to access their own immunisation records.