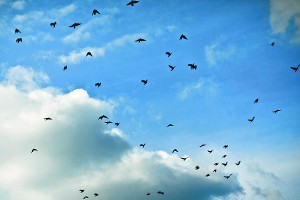 A top ten peek into the digital future

Gartner’s top strategic predictions for 2018 and beyond…

Power to the people: the rise of virtual personal assistants

In a world where your data is considered fair game for marketers, Brian Blau says the virtual personal assistant could give power over information back to the people…

The recent flurry of tech listings across the ASX and NZX has created a liquid market for A/NZ business software stocks. In the first of a regular series, Hayden McCall sets out to keep track of their fortunes…[View as PDF]

Massive technology-led disruption across all industries globally, driven by the rapid proliferation of connected devices and services, is moving everyone and everything towards a state of ‘connected everything’. Research firm Frost & Sullivan gives an overview of the nascent ‘connected living’ market…[View as a PDF]

The way we work is changing. The market for recruiting creative and project resources has gone global. With the likes of freelancer.com and oDesk, people can work anywhere and, it seems, anyone can hire the right person to do almost anything. Anthony Doesburg investigates the modern way of working…[View as PDF]

When Melbourne business school graduate Xavier Russo set out to launch his first online venture, he did it on the smell of an oily rag.

But that didn’t mean he had to get his hands dirty.

Russo and his business partner gambled on finding hired help through freelance web service Elance (now named Upwork). The pair of budding entrepreneurs could have built their product comparison website themselves, but they decided to trust the work to developers in India and the Ukraine at rates much lower than Australian programmers would have commanded.

“It was an out-of-hours start-up without much cash,” Russo says. “We liked the idea of being able to focus on what we did best – coming up with the business model and working out what functionality we wanted – and outsourcing the development of the web application we’d decided to build.”

Although the contractors Russo and his partner worked with didn’t come via the usual referral channels such as recruitment agencies or LinkedIn, it turned out to be a happy experience. Their site was built for about a sixth of what they would have had to pay local developers and the venture has subsequently been sold.

Along the way, Russo says, they learnt valuable lessons about using freelance platforms, chief among them being that a special set of management skills is needed to get the most from freelancers and remote workers.

“Part of that is being clear about what you want. When you have someone sitting next to you then you can wave your hands and scribble something on paper, but with communications taking place across time zones via email or Skype, we learnt to be really clear in our expectations.”

Awareness of cultural assumptions is also important. Russo says interactions that are taken for granted when dealing with people who share your background can need spelling out when operating over a cultural divide.

“It helps to say things like ‘if we’re making a dumb suggestion or request or you’re wondering why we’re asking something, tell us — we’re fine with that’.”

There’s every likelihood that using any of the handful of freelance platforms – oDesk and freelancer.com are also prominent – will put you in contact with contractors overseas.

“We probably would have struggled to build our initial web application if we didn’t have access to something like Elance.”

oDesk, which was launched in the US in 2006 and claims its 4.5 million freelancers have done work worth more than US$1 billion – an average of little more than US$200 each – says its guns-forhire are all over the world.

Product vice-president Stephane Kasriel says the California-based company knows from its own experience that geography is not a barrier.

“We do what people in this area call ‘eating our own dog food’ – of our 400 employees, a quarter are full-time staff and the rest are hired through the marketplace.”

“They all work for us full-time. One of the awesome things for these people is because they work remotely, they can live wherever they want. We have people in Jakarta; I think there’s one who moved recently to New Zealand. They might live in France for a year, then move somewhere else.”

The US, Europe and India tend to be home to software developer talent while business service providers are frequently from Asia, with the Philippines strong in customer services, Kasriel says.

“The types of work done on oDesk have been exploding. We started out primarily as a web development freelancing marketplace.”

oDesk is cautious about creating new work categories, based on demand projections and on having a supply of suitable freelancers. “It is not very good allowing people to apply for jobs that don’t exist or to post jobs if the freelancers don’t exist,” Kasriel says.

Roughly half of the listed assignments remain various flavours of IT, but other categories – including writing, editing, translating, design, customer service and sales and marketing – are a growing proportion.

“We focus exclusively on work that can be done online. If you can do it on a PC or tablet and you’re connected to the internet – and it’s legal or not subject to some other restriction – then it’s something we want to go after.”

The competition is any organisation that facilitates work between two parties, whether a professional network like LinkedIn, recruitment agencies or other online platforms, Kasriel says. But he says there is plenty of opportunity to go round when the IT outsourcing market alone is worth US$300 billion.

“From that standpoint we are a tiny player in a very big market. However, I think we are very significant for small and medium-sized businesses, for which the traditional IT outsourcing model is fraught with complexities.”

One complexity oDesk does away with is payment: for a 10 percent fee, it connects freelancers and hirers and absorbs international transaction costs.

oDesk claims to be bigger than the rest of the online freelance marketplaces combined, yet Sydney-based freelancer.com proclaims itself the world’s biggest on the basis of its 9 million registered ‘professionals’, made up of freelancers and hirers.

The company, which is pressing ahead with a share float on the Australian stock exchange before the end of the year, has listed more than five million projects with a value of US$1.25 billion.

Freelancer.com’s pitch is that as the largest marketplace for small business, users can hire a freelancer “at a fraction of the cost”. Low cost seems assured: like oDesk, it lists thousands of people prepared to work for significantly less than US$10 an hour.

Yet the platform managers point out it’s not in their interests to foster a pay rate race to the bottom since their fees are based on a percentage of job cost.

Freelancer.com, like Australian competitor 99designs, provides users with another way of getting work done on the cheap. The web services facilitate ‘contests’ so a business wanting a logo, for instance, can pit freelancers against each other with the creator of the winning design collecting a cash ‘prize’.

Freelancer.com’s Australia and New Zealand head Nikki Parker says contests, or ‘crowdsourcing’, are being used for a small but growing number jobs, initially just design, but now in any of the marketplace’s 600-plus work categories.

“A contest allows an employer to draw ideas from some of the best in the industry before ultimately picking the winning piece of work,” Parker says.

If it’s mentoring – or even dating advice – that you are after, another web service and app, Clarity, has more than 20,000 ‘experts’ on its books who can be consulted by the minute at rates of US$1 to US$20.

Matt Cooney, content manager at Auckland marketing and communications company Swaytech, has researched freelance marketplaces with a view to hiring developers and writers.

His impression is that, as when recruiting by more usual channels, it’s ‘buyer beware’, only more so, when using the web services.

“It sounds like it’s the luck of the draw – there are lots of great freelancers out there and lots of turkeys.”

The downsides he sees are dubious feedback systems, lack of responsibility on the part of the platforms for freelancers who don’t measure up and the platforms’ control over the freelance relationship.

“They want to own the relationship, so it’s not as though you can then simply engage that freelancer in future.”

Russo used 99designs for his venture’s logo, although he has misgivings about freelancers working for nothing. His experience of Elance, and later oDesk, was a revelation, however.

“We probably would have struggled to build our initial web application if we didn’t have access to something like Elance.”

Russo is currently working in an allied field at Envato, a Melbourne company that uses the web to deliver know-how and resources – including themes, templates and typefaces – to a creative community of three million registered users.

“It sounds like it’s the luck of the draw – there are lots of great freelancers out there and lots of turkeys.”

In April, Envato launched Microlancer, which “flips the marketplace model”: rather than a platform for hirers to solicit bids on jobs, it is a shopfront for freelancers to post their services at fixed prices, says Envato chief executive Collis Ta’eed.

Examples include creation of custom lettering (available for US$250 in four days with two revisions) and app icon design (delivered in three days with five revisions for US$135).

“Hopefully there is a bit of a candy-store effect with the customer discovering things they didn’t even know they could get done – having old photographs colourised, for instance, or getting hand-doodled illustrations done.”

More than 3000 services have been bought through the marketplace, which takes a 30 percent fee. Services are confined to graphics and web development but will be expanded.

“Our mission is to help people earn and learn online and Microlancer extends the opportunities within the Envato ecosystem.”

Ta’eed says a key element of Microlancer is a vetting process that ensures freelancers can provide the services being listed. “It’s a quality assurance step for the buyer.”

Far from being a saturated market, he believes freelance platforms have a long way to go.

“It makes sense that the marketplace model, which works so well online, coupled with a general shift in the world towards thought workers, would yield a fast-growing sizeable future in this space.

“Even though it’s been going for years, I almost feel it’s a green field,” he says.

A top ten peek into the digital future

Gartner’s top strategic predictions for 2018 and beyond…

Power to the people: the rise of virtual personal assistants

In a world where your data is considered fair game for marketers, Brian Blau says the virtual personal assistant could give power over information back to the people…

The recent flurry of tech listings across the ASX and NZX has created a liquid market for A/NZ business software stocks. In the first of a regular series, Hayden McCall sets out to keep track of their fortunes…[View as PDF]

Massive technology-led disruption across all industries globally, driven by the rapid proliferation of connected devices and services, is moving everyone and everything towards a state of ‘connected everything’. Research firm Frost & Sullivan gives an overview of the nascent ‘connected living’ market…[View as a PDF]