Feature Articles > The best of the bank apps

The best of the bank apps 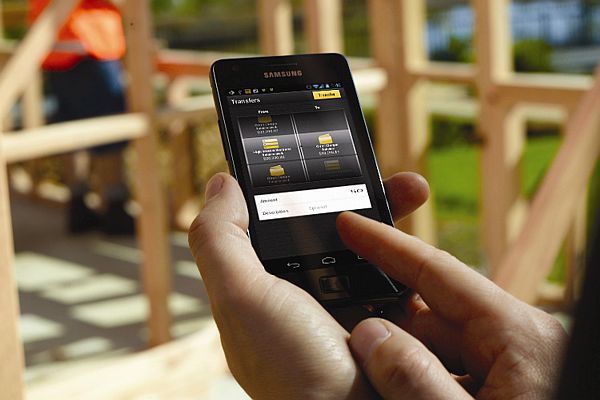 The rise of the consumer bank app has well and truly taken place, and why shouldn’t it have? We can do everything else on our phones these days, it makes sense that we should be able to move our money around, when we’re on the move, too. But are all banking apps created equal? What’s on offer from the big names? And what’s in it for enterprise? iStart decided to find out…

While Angry Birds and the latest photo-editor fad usually get all the glory, at iStart we believe that the practical and dependable workhorse apps are really where the action is, and they don’t get more practical than in the banking app. The ability to move money around on your smartphone is such a useful tool that it’s amazing that it’s actually taken so long to get here.

So why has it taken so long?

“There’s still some hesitation because there’s still security concerns,” says Dr Claire Matthews, senior lecturer at the Centre for Banking Studies, Massey University, “but that goes for anything related to banking and technology. There are still people who have concerns about internet banking and its potential security risks, and there are still issues around apps and the potential risks associated with them.”

Security worries aside, the last twelve months have been nothing short of a boom time for mobile banking app development, with nearly all of the Australasian banks coming out with at least one, and sometimes, multiple offerings.

“What’s interesting now is how fast it’s moving – it’s incredible,” says Matthews. “Less than 12 months ago there was really nothing around. Now every bank’s got something, or more than one thing, and there are all sorts of new things developing all the time.”

So given the knee-jerk security fears around banking apps, what’s behind the enthusiastic consumer take up?

“What’s important to consumers is convenience and access,” she says. “In general what consumers want in terms of their banking is almost instant access, anytime of the day or night, with the greatest possible level of convenience, and that’s what apps provide.”

So how do Australasia’s banks measure up? Happily, all the apps we surveyed have got the basics well covered. All the apps we looked at allow users to self set-up and log-in, view account balances and transaction lists, and to transfer money between accounts without issue.

According to banking research company MyPrivateBanking however, users of bank-apps are self-assured, early-adopters, and to really score points with clients, banks have to offer more than a barebones mobile banking package.

Many of the apps we surveyed have risen to this challenge, offering consumer-friendly and wellthought out features, such as Westpac’s Impulse Saver app for iPhone (which allows users to instantly save a pre-set dollar amount of their choosing whenever the urge hits), St George’s in-built budget planning function for iPhone, not to mention the currency converters, payroll functionality and a host of financial calculators.

“What’s interesting now is how fast it’s moving – it’s incredible. Less than 12 months ago there was really nothing around. Now every bank’s got something, or more than one thing, and there are all sorts of new things developing all the time.”
Dr Claire Matthews, senior lecturer at the Centre for Banking Studies, Massey University

Our survey revealed a great deal of homogeneity between Australian banks, with most offering comprehensive functionality in their main app, with New Zealand versions not quite as feature-rich as their Australian brethren. The Kiwis also lagged behind in location-based functionality, with ATM-finders standard on all Australian products but only available from ASB among the Kiwi offerings.

Near field communication is yet to be the norm, with that feature not available with most apps we tested, (Commonwealth Bank’s app being the exception and a trial nearing for Westpac NZ).

Most exciting for enterprise however must be the growth of mobile consumer-to-consumer payment options, which seems likely to soon transform the way consumers, and business, make and receive payments.

Commonwealth Bank’s ‘Kaching’ app, which allows users to send money to other parties using their mobile number, email address or a Facebook account; ANZ’s GoMoney app, which allows users to make payments to anyone in the country via their mobile number; and growing integration with billpaying system BPAY, indicate that businesses should be anticipating – and will soon be expected to – process customers directly through their mobile device.

Compare the best of the bank apps here

How to plug into the internet of things

Need to track your vehicles? Or monitor water? The internet of things delivers an extraordinary opportunity to connect and network all manner of things, but how?…

Has the spark gone out of the telco business?

Telcos are facing a swathe of new challenges from technological change, global over-the-top content providers and a new era of regulation and market intervention. Bill Bennett asks where is the telco business going?…

Appealing Apps: 10 of the best for business

With more than 1000 apps being submitted to the Apple App Store each day, not to mention those created for Android, the apposphere is a fast-changing environment…

Considerations and best practices for BYOD

While not every organisation has a formal bring-your-own device program, every organisation should develop policies and processes regarding the use of personal devices for work. Citrix offers some best practices to consider when defining and implementing BYOD…