$50m up for grabs as govt pushes SME manufacturing tech 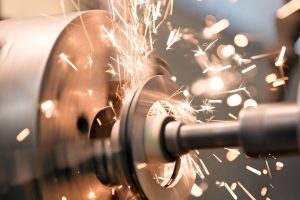 Australia’s SME manufacturers looking to modernise their technology have a new funding stream, with the Federal Government’s Manufacturing Modernisation Fund offering up to A$1 million per grant for projects including IT software delivering automation and digitisation.

The three-year fund, which includes $50 million from government matched by at least $110 million from industry, is designed to help manufacturers modernise and adopt new technologies.

“The gap between 4.0 leaders and the majority of businesses is substantial.”

The fund comes as Industry 4.0 technologies promise greater efficiencies for manufacturers – but often with a high initial investment cost.

The Manufacturing Modernisation projects can include technology upgrades, efficiency upgrades such as energy or process optimisation, or more transformative changes, the government says.

The Manufacturing Modernisation Fund grant guidelines note that the funding can be used for buying, constructing, installing or commissioning manufacturing plant, equipment or software, as well as relevant training and skills development, process design and engineering and alterations to buildings. This would include funding such investments as new or upgraded ERP software.

“In our latest report we find that Australian businesses are currently transitioning to and within Industry 4.0,” he said at the time. “An overall finding is that there has been substantial progress in embracing Industry 4.0. But the gap between 4.0 leaders and the majority of businesses is substantial.

“Many SMEs are progressing Industry 4.0 strategies without using this label. Instead their primary objectives are to implement strategies or new approaches to enable them, for example, to manage their operations, become more efficient, improve productivity and improve bottom line performance.”

The report noted that some are not adopting Industry 4.0 building blocks under any label.

Willox says the Manufacturing Modernisation fund ‘is an initiative that will encourage and promote innovation in Australian manufacturing’.

He notes technology upgrades will need to be matched with business model innovation to take full advantage of domestic and export opportunities.

Made in Queensland has also opened for its third funding round, offering an additional $6 million in matched grants of between $50,000 and $2.5 million for

Since 2017 the Made in Queensland initiative has supported 75 projects, which minister for state development and manufacturing Cameron Dick says will create more than 930 new jobs over the next five years and generate around $92 million in private sector investment.

“This funding can help manufacturers reach new horizons, transform into the advanced manufacturers of tomorrow and make a positive impact across the sector,” Dick says.

The Manufacturing Modernisation Fund closes 31 October, while the Made in Queensland’s third round closes 11 October.