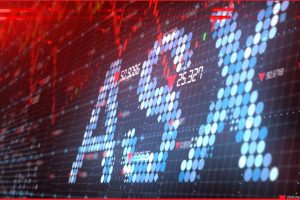 Trading on Australia’s answer to the Nasdaq stock market kicked off today, boosting the profile of local tech darlings and providing a new vehicle for investors keen to get in on the opportunities presented by tech companies.

The Standards and Poor All Technology Index (XTX) was formally launched last Friday, and opened today with former NZX darling Xero as the headline act.

“The return from the new All Tech Index over the same period – if it had existed – would have been over 20 percent.”

As well as covering the information technology sector (as defined by the Global Industry Classification Standard) the new index is open to consumer electronics, internet and direct marketing retail, interactive media and services and healthcare technology.

And the XTX isn’t just targeting Australian companies. It’s initial lineup includes three Kiwi companies, two from the US and one from Ireland as well as the 40 from Australia.

Dominic Stevens, ASX chief executive and managing director, says international firms, such as those from the US, New Zealand and Europe, see the opportunity to list and grow in the ASX market.

The launch follows a period of high growth for the Australian tech sector.

“Over the last three years, the annualised total return from the S&P/ASX 200 has been around 10 percent, while the return from the new All Tech Index over the same period – if it had existed – would have been over 20 percent.”

The index, seven years in the making, selects stocks from all ASX-listed companies that meet minimum float-adjusted market capitalisation ($120m+) and liquidity thresholds, but it also includes smaller companies that haven’t yet graduated to the S&P/ASX 300, providing earlier access to the smaller business that may have greater room for growth, the XTX says.

It’s expected to open doors to institutional funding for local technology companies which traditionally have played second fiddle to minerals, banks and telecommunications – and international technology vendors – when it comes to investment interest.

“We know that Australia has a strong pipeline of smaller tech companies considering how and where to raise capital,”  Federal Minister for Science and Technology Karen Andrews says. “The index creates an opportunity for them to access later stage capital, raise their profile and fuel their growth.”

She says it also complements the growing number of venture fund in Australia and strong levels of venture capital, providing an alternate source of finance for new and expanding technology companies.

Andrews says the All Tech Index will play ‘a big role’ in increasing the tech sector’s visibility, while making it easier for everyday Australians to invest in technology companies.

In just over five years there have been more than 100 ASX Tech Initial Public Offerings, she notes, and in 2019, seven of the 10 highest performing stocks were technology companies.

“Tech contributes $122 billion to our economy, and has the potential to generate an additional $50 billion per year. It is Australia’s sixth largest sector and employs over 720,000 Australians.”

“The technology sector has grown remarkably and Australia now has a vibrant ASX-listed tech environment with many well-known names. It now deserves an index of its own, which will enhance the profile and understanding of technology companies in Australia, and provide more opportunities for investors.”

“Technology plays an increasingly important role in our lives,” says Stevens. “ASX will continue to develop the listed technology sector to provide companies with capital to grow and investors with access to exciting opportunities.

“A vibrant technology sector is also good for Australia. It helps drive economic growth, strengthens the relevance of our capital markets and encourages job creation and innovation onshore.”

Ironically, the tech index launched on a day which has seen the Australian share market tumble with investors rattled over the spread of coronavirus, with reports of increases in the number of cases of the virus in South Korea, Italy and Iran. Early this afternoon the ASX was down 2.2 percent – its biggest drop in more than two months.