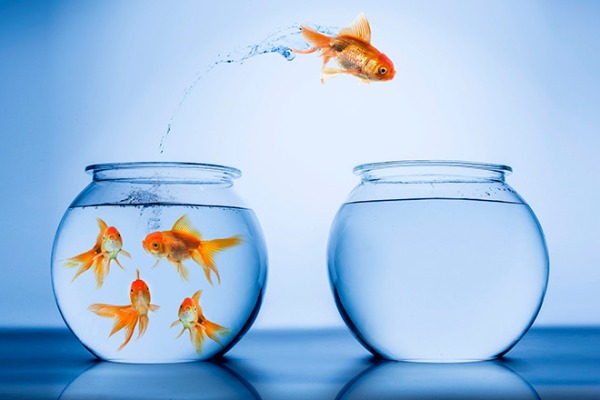 Data’s growing influence on business and digital transformation, is being reflected in the number of Australian and New Zealand companies with formal information governance frameworks.

A new InfoGovANZ report shows increasing numbers of local organisations are turning to information governance frameworks, complete with policies and procedures, to maximise the value of their data while minimising the risks.

Information is gold of course. At least, accurate information is. As we’ve seen this month with the South Australia Health’s shocking software glitch which saw the last digit on medication doses’ being duplicated, leading to patients potentially receiving more than 10 times the prescribed doses of medication while in hospital, incorrect information can be life threatening. (In this particular case, the glitch is being blamed on a Microsoft Windows upgrade.)

The majority of those from the corporate sector feel their IG programs are still reactive.

The InfoGovANZ report comes as Gartner highlights the increasing role of chief data officers in their companies’ digital transformations and, as such, the key influence of data on digital transformation – putting increased emphasis on the need to ensure organisations of all shapes and sizes have good governance in place.

Data governance, along with how to create an effective data and analytics strategy and how to foster a data-driven culture, were the most common discussion points.

The InfoGovANZ report, drawn from surveys of 338 industry professionals, found nearly two-thirds of the respondents said their organisation uses a formal information governance (IG) framework with policies and procedures – a substantial increase on 2019. Most organisations – both public and private sector – now have an information governance leader, with more than 40 percent having a multidisciplinary IG steering committee.

Almost three-quarters of respondents organisations have IG projects underway or planned in the next year, with more than a third indicating they expect to increase IG spend this financial year.

“IG appears to have matured since our initial 2017 survey, with almost two-thirds assessing their IG programs as intermediate or advanced in maturity and more respondents considering their organisation having a proactive IG stance than a reactive one,” says InfoGovANZ founder and executive director Susan Bennett.

Despite that, the majority of those from the corporate sector feel their IG programs are still reactive, rather than proactive. That’s something InfoGovANZ says could be attributed to changes in the business landscape wrought by Covid-19.

Government organisations are also faring better when it comes to maturity. For the first time they have overtaken corporates when it comes to confidence in their IG maturity, with 62 percent of government respondents saying their organisation had advanced or intermediate maturity. That compares with just 49 percent of corporate respondents expressing the same sentiment.

“It’s pleasing to see that more than half of respondents feel that their organisation has addressed leadership in IG and data, but there is still room for improvement here noting that it is a requirement for all Australian Federal Government agencies to have a CIGO,” Bennett says. “We have also seen a consistent increase in the percentage of respondents indicating their accountable IG person is a peer of the C-suite.”

The National Archives of Australia introduced a Digital Continuity 2020 policy back in 2020, as a whole-of-government approach to digital information governance. The policy, which has since been replaced by its next iteration, the Building Trust in the Public Record: Managing Information and Data for Government and Community policy, was later panned by the Australian National Audit Office. It found that the objectives were unlikely to be achieved by 2020 and that the National Archives had been ‘largely ineffective in monitoring, assisting and encouraging entities to meet the targets of the policy’.

In New Zealand digital information management for government departments falls under several different principles, legislations and requirements, including the Public Records Act, dating back to 2005, and the New Zealand Data and Information Management Principles.

As to the drivers, the report shows external regulatory, compliance and legal obligations remain the key driver of IG projects, at 74 percent, but it’s not necessarily privacy laws driving the changes.

While the last few years have seen big changes to privacy laws, including the GDPR, California’s CCPA and the New Zealand Privacy Act 2020, just 29 percent said their projects had been ‘somewhat’, ‘largely’ or ’totally’ driven by the privacy changes. Corporates were more likely than government to point to the new regulatory environment as a driver, something Bennett attributes to the greater number of corporate respondents handling personal information of EU data subjects and dealing with cross-border transfers of personal data as a result of the GDPR, CCPA and NZ Privacy Act 2020.

As to the other drivers, good business manage practices (68 percent) and internal technology restructuring or transition (50 percent) followed external regulatory, compliance and legal obligations as the key drivers. Mining organisational value from information was ranked seventh, at 32 percent, just behind reducing the cost of storage.

External events, such as data breach, lawsuit or investigation were the only drivers to increase in this year’s results, with corporates most concerned.

“Trusted data is a foundational requirement of digital business,” Gartner’s Parker says. “Leading organisations draw a causal link between data and the business outcomes it supports. As a result, more stakeholders across the enterprise now recognise the impact of data on business agility.”