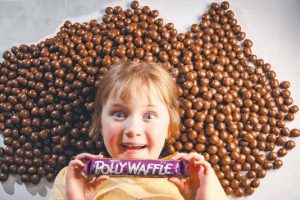 2,600 jobs and the return of a beloved choccie treat…

More than $48 million in grants to help modernise SME manufacturers have been released as the government looks to boost local manufacturing to bolster the Australian economy, in a post-Covid future.

The $48.3 million cash splash will go to 200 projects, which the Government says are worth $215 million. Those projects range from robotic automation of bakery manufacturing, to next generation machining for aerospace, Industry 4.0 for switchboard manufacturing and the introduction of ERP for manufacturing.

The funding comes less than a year into the three-year, $50 million Manufacturing Modernisation Fund program, announced during the federal election and launched last September.

“As we face the coronavirus pandemic and look to come out the other side stronger, this investment will be more critical than ever.”

The fund is designed to drive digital transformation within manufacturing – Australia’s seventh largest employer as an industry.

While Industry 4.0 promises greater efficiencies for manufacturers, it often comes with a high initial investment requirement. The Manufacturing Modernisation projects can include technology upgrades, efficiency upgrades such as process optimisation or ‘transformative changes’ to enable the production of new products or expansion into new markets.

Minister for Industry, Science and Technology Karen Andrews says the projects receiving grants will provide employment to about 2,600 people across Australia over the course of the projects.

She says the projects are receiving support to look at additional equipment to allow them to scale up, or to look at training their workforce, or a combination of both.

“We established the Manufacturing Modernisation Fund before the coronavirus pandemic t hep small and medium sized manufacturers invest in capital equipment and new technologies to transform and upgrade their manufacturing operations,” Andrews says. “Now as we face the coronavirus pandemic and look to come out the other side stronger, this investment will be more critical than ever.”

The announcement of the funding disbursement comes as the Australian Industry Group Australian Performance of Manufacturing Index recorded its largest month to month fall in its 28-year history, dropping 17.9 points to 35.8 in April. Readings below 50 points indicate contraction in manufacturing activity.

The manufacturing sector recorded a sharp spike in positive conditions in March on the back of a surge in demand for manufactured food and groceries, however, that was ‘more than completely reversed’ in April as shutdowns saw no new sales made, major customers cancelled orders, raw material costs increased and supply chain problems saw issues with inter-state freight movements.

Andrews has made no mention of further plans for the fund – or whether it will receive a top up in the next Federal Budget. The maximum grant period is two years.

A number of companies have won $1 million in grants – the maximum allowed under the program. Those companies include Queensland snackfood company Majans, South Australia’s confectionary company Robern Menz  and Victoria’s Seer Medical, for a project manufacturing wearables for epilepsy diagnostics and management.

Federal Leichhardt MP Warren Entsch says the investment will not only strengthen businesses and create local jobs, but will provide ‘a much needed confidence boost for the whole region as we face this unprecedented pandemic’. Forty Queensland projects are among those gaining MMF investment.