News > RPA: The biggest symptom yet of IT’s failure?

RPA: The biggest symptom yet of IT’s failure? 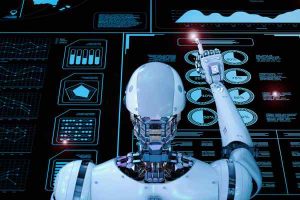 Robotic process automation has been the darling of the c-suite in recent times, with plenty of hype and expectation around the technology, which effectively deploys software robots to perform repetitive tasks.

It’s certainly proving a hot market for private investors – witness UiPath’s just completed series D funding round which netted the company a further US$568 million. With a valuation of US$7 billion, UiPath – one of the big three RPA vendors alongside Blue Prism and Automation Anywhere – is one of the fastest growing and highest valued AI enterprise software companies around now and boasts an impressive customer list including Google, McDonalds, NTT Communications, Orange, Ricoh, the US Navy and CWT (previously Carlson Wagonlit Travel).

“A ‘standard process’ can often turn out to have many permutations and programming bots to cover all of them can be confounding.”

But as is often the case with technology, not all that glitters is necessarily gold, and the buyer beware message rings true for many when it comes to RPA.

Paul Jasniach, PwC Melbourne RPA specialist and digital finance lead, told a recent iStart Automation Benefits and Risk webinar that RPA, which is often driven by business rather than IT, is a way to provide automation or interfacing between different systems without having to navigate and work with IT teams.

“Employers have seen the opportunity for improvement by automating or interfacing between different systems but perhaps the time to do that and the cost, even when it can occur, has been too great,” Jasniach says.

“This really came about as a way of quickly and cost effectively being able to automate processes.”

In other words, cut IT out and bring an RPA solution in to do the job.

That’s a view shared by Garry Green, managing director and founder of Auckland-based RPA provider Quanton, who says while IT has a supporting role in providing infrastructure and good governance around RPA, it is the business which is driving the projects, ‘because they’re addressing problems not addressed for many years with big system implementations’.

But despite the push for RPA to be seen as a somewhat easy option and a quick fix, it does require development and coding skills to ‘train’ it, and many – including proponents – agree it’s expensive and hard to scale.

While some RPA tools can record what a user is doing in terms of keystrokes and mouse movements and quickly spin up an automation, in most cases to make it supportable and scalable there’s a lot more complex design work involved.

A 2017 report from McKinsey, Burned by the Bots: Why robotic process automation is stumbling, notes that the first act in the robotics evolution hasn’t been a slam dunk for many, especially when companies try to scale localised proofs of concepts.

The report notes that installing thousands of bots takes longer and is more complex than many expected.

“It might sound simple to pull a salary statement, but what if for that worker the data is in unstructured formats? What if the worker goes on maternity leave and a different set of systems kicks in? What if… Said differently, a ‘standard process’ can often turn out to have many permutations and programming bots to cover all of them can be confounding.”

And therein lies one of the key challenges for RPA: It requires a totally rote processes – something few businesses are over-endowed with.

Then there’s the issue of changes, both upstream and downstream, which can throw off bot projects, and the care and attention bots need in terms of maintenance, upgrades and cybersecurity. Throw in the issue – real or perceived – of robots taking jobs, and you’re in murky waters.

Even among those with successful RPA implementations, there’s an acknowledgement that it isn’t plain sailing, or clear cut.

New Zealand’s Auckland District Health Board recently concluded a successful automation trial, using a bot to automate time-consuming e-referrals. The DHB is forging ahead with automation and is now in the procurement process, but Federico Herrera, ADHB head of product and digital enablement, admitted that RPA is winning ground because in many cases it will be the fastest and cheapest option for the DHB – even if it’s not the most desirable. He says in many cases the best option would be having systems that come with pre-canned interactions with other platforms, with direct connection through APIs the next best option, followed by RPA.

Which raises the question of whether RPA is a sticking plaster solution – helping extend the life of systems (which, indeed is often offered as one of its selling points, though also noted as a potential negative for businesses themselves in sweating assets even further).

Green admits that that depends on the organisation.

“If you approach it tactically, it will only be a tactical solution with a short life. If you think strategically – why are you automating, how does it fit with your strategy, what are you trying to achieve – and do it right, it is transformational.”