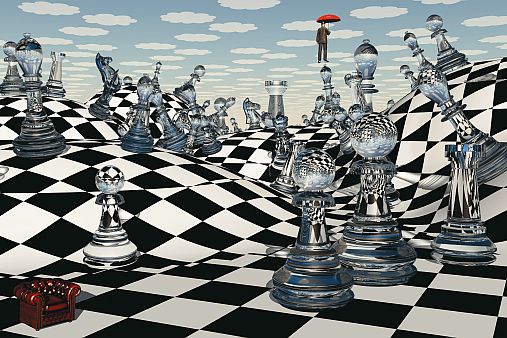 As businesses across the board are becoming increasingly digitised, technology and high-tech companies alike have been bemoaning the shortage of available ICT skills. Clare Coulson investigates whether there is a real possibility that this region is being left in the ICT dust…

If the CEOs of some of our most successful technology companies are to be believed, then the biggest barrier to their growth right now is the lack of a local skilled workforce. And the CIOs of our largest employers are likewise reporting challenges hiring skilled staff. The problem seems to be similar on both sides of the Tasman. But not everyone agrees – ex-Commonwealth Bank CIO Michael Harte has called it “nonsense” and “a myth” but Woolworth’s CIO Clive Whincup counters saying that companies are being forced offshore by the skills shortage. At first glance the statistics would appear to be on Harte’s side. The Australian Department of Employment, for example, states in its June 2014 Labour Market Research report on ICT Professions that there is no shortage in ICT business analysts, systems analysts, analysts and developer programmers or computer network and systems engineers. It does allow that “employers recruiting for workers with appropriate government security clearances face some difficulties”, a fact that is particularly evident for software engineers.

Delve deeper, however, and the report shows that because ICT professionals are employed across a broad range of industries, employers have a diverse range of skill and experience needs, which can make it harder to find the perfect candidate. The research also shows that employers are becoming more explicit in their requirements for applicants, and would rather wait for their ideal candidate than recruit someone who was ‘close enough’. In addition, employers are placing a high value on soft skills (such as communication and stakeholder engagement), as many jobs require the successful applicant to liaise with clients and other stakeholders. “A large number of employers commented on the difficulty in finding people with the right mix of technical and soft skills,” the report notes.

It may sound like the technology companies are trying to have their cake and eat it too, but, as technology continues to diversify and specialise, getting the right person for the job may not only become harder but also paramount to ongoing success. Indeed, the same report notes an increased demand for positions with emerging technologies (such as mobile-based applications) and suggests there may be “a potential skill gap for workers with web development, mobile applications and cloud computing experience in the future”. And it’s this talk of the future that is important, because any skills shortage we may be suffering now will likely be amplified in the era of the internet of things, when everything is interconnected and always online.

In New Zealand, Xero CEO Rod Drury and Orion Health CEO Ian McCrae have both been highly vocal about their inability to find the requisite skills onshore – much as they both say they wish to hire locally. Andy Jackson, manager of skills and employment policy at the New Zealand Ministry of Business, Innovation and Employment (MBIE) goes even further. He says that research and engagement with the sector undertaken by MBIE in 2013 suggests that the issues firms face in finding the ICT skills they need go beyond insufficient supply of skills, and relate to the quality of the skills available, and the ability of employers to retain and effectively use the skills that are available.

“Over the past 10 years, the employment of highly-skilled ICT professionals has been increasing in particular – specifically software engineers and ICT system test engineers – with a slight decline in the employment of lower skilled technical occupations,” he explains, which echoes the Australian Labour report’s comments on finding the perfect employee.

Professor Michael Myers, Head of Auckland University Business School’s information systems and operations management department says there is certainly demand for his graduates and that, while 10 years ago most of them would have been hired by the corporates, today they are being hired by the technology sector whose CEOs want programmers and creators.

Brenda Aynsley, Australian Computer Society president, says that she sees there is a skills shortage and there will be one in the future when it comes to technology. She suggests, however, that many of the more ordinary skills such as developer and coder are already being outsourced to countries which have employees with the requisite skills, and that is disguising the shortages in these areas. “That is why that Government skills list is like it is to be honest. It’s the higher order of the skills that are much harder to outsource. Your ordinary coder or website developer can be anywhere.” She is referring to the Federal Government’s skills shortage list which includes business analysts, systems analysts, analyst programmers, developer programmers, software engineers, computer network and system engineers, telecommunications engineers and telecommunications networks engineers.

Jackson says that New Zealand firms are making extensive use of work visas, which are approximately 2.5 times more common in ICT occupations than in other occupations. Over the past five years there was an average of 1700 skilled migrant visas approved per year for people in ICT occupations. To help Immigration New Zealand is also working with ICT sector employers to attract top talent to New Zealand, as part of its wider attraction and settlement work and a new campaign is also under way in Australia to attract expatriate New Zealanders, Australians and third country nationals with technology skills to work in New Zealand, suggesting that the Government in New Zealand is well aware of the problem and that it will continue to grow without intervention.

The most misunderstood profession?
Paul Matthews, CEO of the Institute for IT Professionals (IITP) in New Zealand is well aware of the skills shortage, which he says is huge and has already been felt for a number of years. Talking about solutions for the shortage, he says: “There have been lots of short term solutions that have tried to fix it, but it’s a systemic problem.” The only way to truly fix the issue, he says, is by promoting technology in schools and making a clear pathway from school to ICT as a career, as well as helping people who want to move into ICT from other professions.

Claire Douglas, deputy secretary for graduate achievement, vocation and careers at the New Zealand Ministry of Education explains that there was a “softening” in the numbers of students studying ICT

“There have been lots of short term solutions that have tried to fix it, but it’s a systemic problem.”
Paul Matthews, CEO, Institute of IT Professionals

from the peaks at the beginning of the decade. “That was a response to changes in the employment market in the mid-2000s, when there was some oversupply of some types of IT skills, leading to lower employment rates.” Since then, she says, demand has strengthened, particularly for more specialist skills, and that has been reflected in a firming in numbers of students studying IT subjects. Prof Myers says that while his numbers of students continue to increase he had been surprised by reports of static growth from his counterparts at other universities. He suggests that the reason some universities haven’t been growing their student numbers in the technology arena is down to there still being some bias from senior staff, and parents, against the importance of ICT, saying that many still don’t really understand the profession.

ACS’s Aynsley says it is a similar story in Australia where there has been less and less interest in studying ICT since the dotcom era 14 years ago. She puts this lack of interest partly down to the role of teachers and parents who influence children on the types of careers they should pursue and partly down to the ICT industry which has not done enough to define what ICT is and why people should consider it as a career. She also adds that the government doesn’t have good statistics on IT and it doesn’t slice the economy up to reflect IT in the services and professional areas, which makes it even harder to define and quantify the field. In addition, Aynsley says figures show that less than half of the ICT graduates end up working in their professional discipline.

Aynsley, Matthews and Prof Myers are unanimous in saying that technology still needs to shake off its 3am-pizza-and-programming image, because today it’s so much more than that and can be applied in all sorts of different contexts. Indeed, technology not only includes systems architects and programmers but also business analysts, project managers, change managers and so on. There are continually new roles evolving in line with the technology changes – for example, Aynsley says the next wave of roles will likely be “intermediaries” or “interpreters” to help end users use the increasingly complex technology offered by the internet of things. And the so-called soft skills, communication and business acumen, are increasingly required to be successful in the technology-related field of work.