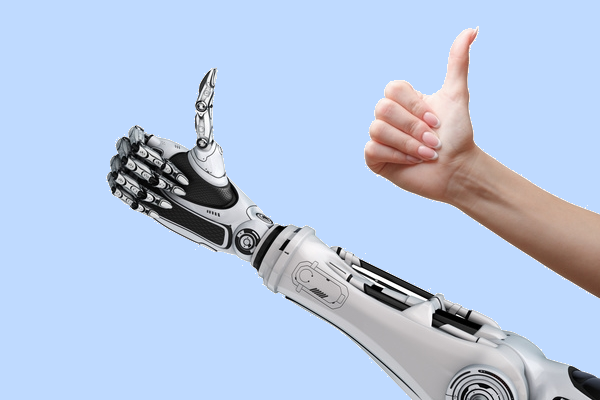 We’ve all heard that the robots are coming to take our jobs, but technological advancements could also put the long dreamed about four day work week within reach.

Back in 1930, British economist John Maynard Keynes predicted the working week would be cut, potentially to as little as 15 hours a week, leaving us all more time to enjoy the good things in life. While that hasn’t happened, Britain’s largest union says technology could play a role in reducing our work hours without any loss of productivity for companies.

O’Grady told the national Congress 2018 meeting in Manchester that as new technology grows, higher wages and shorter work weeks should become a reality.

“I believe that in this century, we can win a four-day working week, with decent pay for everyone.”

“As new tech grows, everyone should get richer,” O’Grady says. “Productivity gains from artificial intelligence alone could be worth £200 billion. If even half of the promised gains are true, then we can afford to make it happen.

“I believe that in this century, we can win a four-day working week, with decent pay for everyone,” she says.

O’Grady’s comments come on the back of a TUC report, A Future that Works for Working People, which highlighted the use of artificial intelligence and robotics in the workforce and the UK government’s forecast that robotics and autonomous systems could deliver a 15 percent boost in output by 2025. PWC has estimated UK GDP will increase by up to 10 percent in 2030 as a result of AI.

In Australia, AlphaBeta says automation could deliver a $2.2 trillion boost to national income between 2015 and 2030, while reducing workplace injuries by 11 percent and providing improved satisfaction for 62 percent of low skilled workers with wages for non-automatable work 20 percent higher than for automatable work. The economics and strategy consulting firm said last year that if the rate of automation is doubled it will take away on average, four hours work each week from Australian workers over the next 15 years.

The TUC report comes hard on the heels of a successful four-day work week trial by Kiwi company Perpetual Guardian. The Kiwi trial was unusual in that it offered workers an extra day of leave with no pay cut, unlike most which require a wage decrease for the luxury of an extra day’s break. Despite that, Perpetual Guardian were so happy with the results – which included a 20 percent productivity boost and 30 percent increase in customer engagement levels, while revenue remained stable, costs decreased and staff engagement and work-life balance improved – that they have now implemented opt-in four-day work weeks for some of their staff.

While Perpetual Guardian’s trial didn’t specifically focus on using new technology such as automation and AI to enable productivity gains, Helen Delaney, senior lecturer at the Department of Management and International Business at the University of Auckland Business School (which tracked and assessed the six week trial) noted that during the trial’s planning stage employees designed and implemented a range of innovations and initiatives for more productive working, including automating manual processes.

In her report into the trial Delaney noted that investing in more advanced IT – such as remote working technology, an improved knowledge management system to enable faster access to information online, chat-bots/robots to automate functions – in order to enable greater productivity, was a frequent suggestion from employees.

TUC isn’t the first to call for shorter work weeks on the back of increasing use of technology, of course. Earlier this year Microsoft co-founder Bill Gates said machine learning would make humans more productive and, as such able to accomplish the same amount of work in less time, leading to longer vacations.

But, while TUC is calling for shorter work weeks, it admits that the trends are actually going in the opposite direction, with people working longer hours.

“In the nineteenth century, unions campaigned for an eight-hour day,” says O’Grady. “In the twentieth century, we won the right to a two-day weekend and paid holidays. So, for the twenty-first century, let’s lift our ambition again.”

So boss, can we talk about my hours now?