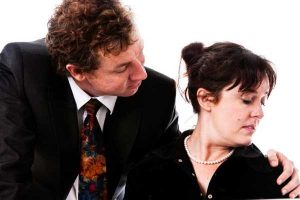 Another day, another disgraced exec. The latest to make the naughty list is Dave McClure, founder of accelerator 500 Startups who has resigned following a damning New York Times article detailing a culture of sexual harassment in venture capital.

Lists of McClure’s sins are easy to find, and the internet is already alight with moral outrage over his behaviour so we won’t pile on (this time, at least), but here are some thoughts about McClure’s public essay/apology.

Apologies can be difficult, especially for the oft-narcissistic personalities that populate startup culture, which makes McClure’s recent attempt something of a minor miracle.

In less than 1000 words, McClure clearly explains what he’s been accused of, addresses his accusers directly and accepts full responsibility. He is just self-loathing enough to let you know he gets it, but not so much that he spills over into cartoonish self-vilification. Most importantly, he actually sounds sincerely sorry for the enormous mess he’s made.

Other than his stupid use of the word ‘probably’ early on – “I probably deserve to be called a creep” – McClure’s apology is, all things considered, pretty darn solid.

This is notable because, generally speaking, public apologies for these sorts of things are rarely pleasant reads. Case in point, disgraced Uber investor Chris Sacca’s recent nauseating exercise in apology-meets-enlightenment.

Sacca doesn’t hold back on the self-flagellation of course (neither should he), but his open letter reeks of self-serving PR-speak, hat-tipping the “brave women” who have exposed his lecherous antics to the world, and “teaching with their courage”.

“I am still grateful for Susan [his accuser] and all of the strong women speaking up on these vital issues.”

Sacca takes the whole sexist Silicon Valley culture – nay the modern world itself – on his shoulders and apologises for it, on behalf of everyone except himself.

He hat-tips Black Lives Matter, talks about how inclusive his group of Twitter friends are, and expresses bewilderment that his affluent liberal background didn’t better prepare him for life. He says sorry often, but for what, you’re never quite sure. It’s exhausting to read.

But, I suppose, that’s true to form. Sacca is, by all accounts, an ass, and it appears, from the wave of complaints pouring out of Silicon Valley, he is in fine company.

It seems like it’s a bad time to be an enormous prick.

Thankfully, the women get a look in here too. Miki Agrawal, CEO of Thinx who was recently accused of sexual harassment has now stepped down as CEO, after an employee accused her of inappropriate comments and grabby hands.

So what’s the takeaway here, ladies and gents?

The bad news is that the tech industry – and startup culture in general – is indeed rife with VC’s trying to get into the pants of young, attractive female entrepreneurs and that sucks. It sucks for the women targeted by these predatory numbskulls, and for everyone else who simply does not want to have to deal with your shit.

The good news is that for all the talk of systemic failings and toxic cultures, the solution is actually quite simple: Don’t be that guy.

If that’s not you and never has been, good for you, carry on. But if, after a little self-examination, you realise you are that guy, stop, as of now. It’s an easy to understand principle, simple to do, and guaranteed board-approved.

Because this is the way it is these days. Once upon a time, if you had the right amount of influence, gumption and bad-intent, you really could get away with anything.

But now, thank god, those days are gone.