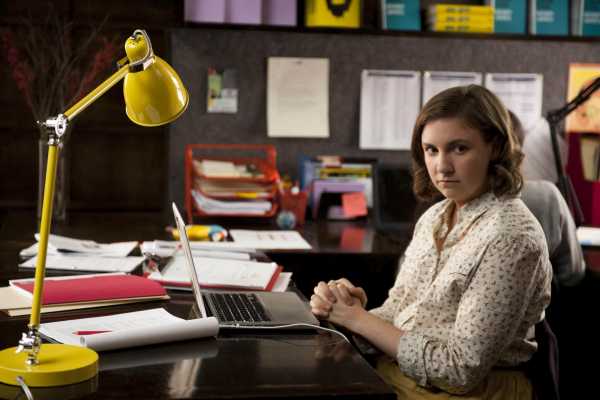 “The children now love luxury,” spat Socrates, sometime between 469–399 B.C. “They have bad manners, contempt for authority; they show disrespect for elders and love chatter in place of exercise….They contradict their parents, chatter before company, gobble up dainties at the table, cross their legs, and tyrannise their teachers.”

These days we call them millennials but other than that, little has changed. We still regard those pesky 20- to 30-somethings (estimates vary) with a mixture of bemusement and contempt, and we’re still harping on about it to anyone who will listen.

They’re the generation we love to hate. But how much of that heaped scorn is deserved? What if the stereotype of fragile, entitled millennial didn’t actually hold? What if we, as employers, took a look at their demands and actually tried to meet them?

Walk a mile in someone else’s Keds
Gallup has conducted a fair bit of research into millennials and some of it makes for some fairly grim reading. 2016’s How Millennials Want to Work and Live makes it clear: It’s not all Cosby sweaters and iPhone 7s.

“Their overall well-being nearly matches that of Gen Xers and baby boomers, meaning that millennials have not been able to forge better paths for themselves than many Americans have before them. While it is every parent’s dream to have their children lead a better life than their own, not all millennials are positioned for such success.”

When you realise that, then all of a sudden the fact that managers find millennial employees difficult to manage, challenging to motivate and impossible to retain in the long term, reveals itself as the serious problem it is.

According to the above research by Gallup, 21 percent of millennials – more than three times the number of non-millennials – switched jobs in the last year. The average tenure for a millennial? Just two years.

“Gallup found that 60 percent of millennials say they are open to a different job opportunity – 15 percentage points higher than the percentage of non-millennial workers who say the same.”

“Millennials are also the most willing to act on better opportunities: 36 percent report that they will look for a job with a different organization in the next 12 months if the job market improves, compared with 21 percent of non-millennials who say the same.”

So is that the bottom line then, money? Not even close.

There’s no app for job security
It makes sense that they’re ready to run. Employers often have dogmatic and unrealistic (or even worse, insincere) expectations when it comes to long term employee commitment. Many millennials lived through the financial crash of 2007-2008, or at least remember its consequences – they don’t and neither should buy that shtick.

If that’s not enough, millennials are more aware than most about what tomorrow’s smart machine takeover may hold in store.

“Millennials are the generation most vulnerable to the threat of AI and automation, as they are disproportionately more likely to hold positions that [have] a strong likelihood to one day be replaced by this new technology,” said Gallup.

“Nearly four in 10 millennials (37 percent) are at high risk of having their job replaced by automation, compared with 32 percent of those in the two older generations.”

Of all employee age groups, millennials run the highest risk of being replaced by AI at work and they are more than cognisant of the relative instability of their positions.

So they don’t care about money, they can’t have security, what do they want?

It’s actually very simple: They want more and better communication; real career progression and work where they make an actual difference to the business.

Sound trite? Maybe so, but it’s the holy trinity to that generation and it’s the key to getting the most out of the labour market today and for the next thirty or so years.

Communication
There’s a communication breakdown at the heart of manager/millennial tension, and when it comes to performance reviews, the generation gap is at its widest.

“In a world of texting, tweeting and Snapchat, these generations are accustomed to constant communication and feedback. In fact, our global study found more evidence that the annual performance review is coming to an end as Gen Z and Millennials are receiving reviews either daily (19 percent), weekly (24 percent) or regularly (23 percent) instead of annually (3 percent).”

“Millennial workers named willingness to communicate as the most important leadership quality today”.

And how do they want it?

Anything but face-to-face will do – preferred modes of communication go, from first to last, text, email, social media, phone call, and finally, in-person.

Millennials view their tech as tools, not toys.

“Having grown up with accessible technology at their fingertips, millennials are well-equipped to help companies transform into more agile and responsive enterprises,” said David Jones, senior MD of Robert Half Asia Pacific.

“We’re living in exciting times where new technologies increasingly enable a wave of ‘game-changers’ determined to disrupt industry players who don’t step up to the plate. To keep up, companies need to attract the necessary talent and invest in their staff’s professional development to ensure all their employees have the skills required to move the business into the future.”

Meaning
Millennials want to feel engaged in their workplace. To them, it’s a non-negotiable and companies ignore it at their peril.

According to a 2015 report, Unlocking Millennial Talent Brand New Insights For Employing the Fastest Growing Generation in the Workplace, the primary drivers of millennial employee engagement is: Feeling valued by the organisation; confidence in the leadership of the organisation; the type of work they do; the feeling of making progress day-to-day; and being treating like a person by the organisation they work for, not a number.

And they’re not getting it.

“84 percent of the generation is not emotionally and behaviorally connected to their jobs and companies,” said Jim Link, chief HR officer with recruitment company Randstad.

“With just less than one in three Millennial employees engaged, companies have a lot of work ahead of them in retaining this talent”.

Career progression
According to Gallup, nearly six in 10 millennials – 59 percent – say opportunities to learn and grow are “extremely important” to them when applying for a job. (Compared to just 44 percent of Gen Xers and 41 percent of baby boomers).

Another study puts the number considerably higher, at 91 percent.

“Many millennial professionals entered the workforce during the height of the recession. As a result, they have found their careers slow to take off, remaining in less senior roles,” said Sally Martin, director at recruiter Robert Walters.

“Now that circumstances are improving there is an emphasis on rapid progression among these professionals.”

Millennials are deadly serious and highly impatient about their professional development. They intend to grow and if that means growing out of your company, so be it.

And maybe that’s what it’s taken for the message to start sinking in. According to the Robert Half survey more than six in 10 (62 percent) CFOs have adapted their hiring processes and half (50 percent) have implemented reverse mentoring programs. Others have increased collaboration among all departments and 25 percent have made attempts to open lines of communication.

“The workplace today has never been so multi-generational,” said Jones. “Using a variety of technology tools as well as demonstrating a consideration of individual drivers and managing expectations will be key factors to manage a multi-generational workforce.”

What can you do?
Are these demands – for more open communication, a more tangible career trajectory and a sense of meaning in their job reasonable requests? Who, in their position, wouldn’t want something similar?

“When you look at millennials, in particular, in the workplace, they have an underlying desire to shape where they work; to make a contribution, to see that the role they play has a direct tie to a benefit in society,” said Link.

“They like to be tied in directly with leaders. They’re looking for a leader who is communicative and able to share mission and vision and values, and how those things tie in with the work that they’re doing and with the work of the corporation.”

And why not encourage millennials to participate alongside the boss at that quarterly meeting? Millennials have high expectations for their careers – and so should you. Sure, they’re impatient, but they’re also willing to work for it, if they perceive their employers as doing their part. If you give them access to experience, expertise and meaningful relationship-building – essentially building them a career pathway (and yourself a talent pipeline) – everybody wins.

The same goes for the enabling the use of technology – not just in appraisals, but also in internal collaboration tools and across the spectrum in customer engagement – to create the flexible and transparent workspace that millennials thrive in, not to mention a front end responsive to the needs of your customer.

Does all of this smack of borderline ego-massaging? Yeah, it does a bit. But it’s as worthwhile as it is unavoidable, because these aren’t nice-to-haves for millennials, they’re deal-breakers. And for you, the payoff is big if you can meet expectations.

Remember this: Millennials will turn down higher-paying jobs to stay with an employer they believe in, a job where they feel like they’re making a difference and where they have a sense of opportunity.

Get this sorted and the employment market is your oyster. And the future of your company could depend on it.