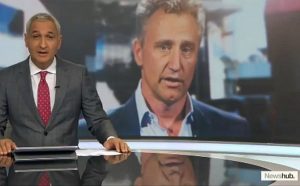 The recent departure of Mark Weldon from his position of CEO at MediaWorks (NZ) is a prime, and very public, example of an organisation wholly rejecting its leader. He came in to introduce a new way of doing things but he couldn’t win the support of the people in the company that really mattered. In the time he was there the organisation saw a slew of high-profile departures including former TV3 news boss Mark Jennings and two of the nation’s most popular broadcasters John Campbell and Hilary Barry.

Dave Winsborough, founder of leadership development firm Winsborough and VP of innovation at New York’s Hogan International, is an expert on leadership at the top of organisations. He was forthright in his opinion on the Mark Weldon case: “From afar I have watched Weldon ultimately be repelled by the culture of the organisation. He came in to do a job but I think he just ended up pissing so many people off, and being such a non-media person, that the body of the staff at TV3 rejected him. I think if he had better insight in to his [ahem…behaviours], he could have helped to deliver a change to TV3.”

Winsborough said that leaders in particular tend to have an inflated sense of self-worth and of their abilities – Weldon being a case in point. He said it is important for leaders to take the time to not only find out about themselves but also the organisation that they are working for and then “be conscious” of their actions. “Don’t just assume that because you’ve been successful in the past that you have a God-given right to be successful in the future,” he warned.

This is where psychometric testing comes in to play. It can not only help organisations choose new leaders (or staff in general) but also aid in personal development and assembling effective teams.

Ludy Colenbrander, managing director of HR Profiling Solutions ANZ which administers the FinxS online psychometric self-assessment (based on the ‘DISC’ parameters of Dominance, Influence, Steadiness, Conscientiousness), explained that people have a ‘natural working style’ and an ‘adjusted working style’ but at the end of the day, a person will perform far better in a role that matches their natural working style because, well, it comes naturally to them.

He tells the story of a sales principle at a car dealership who was at his wit’s end because he had a high staff turn-over and a consistently underperforming team despite plenty of training. The DISC behavioural analysis test (which takes eight minutes and requires subjects to choose which attributes they are most and least like) showed that the entire team, including the sales principle himself, were SI style people, which in DISC-language means that they were systems people who liked to dot the ‘i’s and cross the ‘t’s. None of them had a natural inclination towards sales.

According to Colenbrander, the sales principle had made the common mistake of hiring people like him when the best sales people have D and I styles. With all the will in the world, the SI types were never going to be top salespeople. The dealership has since refreshed the team with people more naturally suited to the salesperson role and has increased sales, stabilised staff turnover and significantly reduced training costs.

The sales principle had made the common mistake of hiring people like him.

Hiring for aptitude is becoming more important than hiring for knowledge in certain industries. For example, Winsborough says he is seeing more and more computer programming firms hire for aptitude because programming languages change so fast. In this case it is more useful to have staff who are adaptable and quick learners than people with an encyclopaedic knowledge of C#.

Winsborough is not a big fan of individualised assessments which he calls “interesting but kind of useless”. What you really want to know, he says, is how people interact in a team. Five years ago he created and launched a software product that analyses whether a team will be successful with its current personnel makeup. Via personality questionnaires it looks at whether the team has got what it needs to be successful at its job and then gives it a way of thinking about what that means for the future. While hiring for ‘fit’ sounds smart, Winsborough contests that managers need to consider that hiring for what you need now is not in the best interest of the mid-term organisation. Sometimes hiring outside their comfort zone is what managers need to do to be pushed and challenged, and ultimately achieve better results. Winsborough has been working on profiling entire organisational cultures, and when an organisation needs to go through a big change then the last thing you want your managers to do is to hire in their own image.

Winsborough is not a big fan of individualised assessments which he calls “interesting but kind of useless”. What you really want to know, he says, is how people interact in a team.

Winsborough is also challenging the status quo, experimenting with a number of new behavioural analysis tools for judging personality and aptitude. Not everyone wants to answer a personality questionnaire, and some feel like you can game the system no matter how clever it is. Winsborough says that now it is possible to extrapolate personality style from a subject’s social media feed or emails. He is also running an experiment with an Israeli company using voice. It allows participants to respond to the questionnaire verbally.

“We can extract your personality surprisingly well from voice,” he said, explaining that it’s not what you say but how you say it that is full of give-aways. Winsborough has also started a number of experiments to see whether it can be done using video footage by developing algorithms that can extract personality from facial expressions.

It might sound a bit creepy, but the aim is to introduce choice into the testing equation so as to get a truer picture of a participant’s personality. Added to that, employers are already checking out employee’s online presence, “but it is being done in a really unscientific and unstructured way that is open to bias and interpretation” says Winsborough.

“What we are going to do is help employees get a fair deal by making sure that information is rigorous and there is a framework around it.”

At the end of the day, the most successful people know who they are and how to get the best from their team. If psychometric tools can help the mere mortals among us to be better at what we do or find a job we love, then their use just makes good sense.