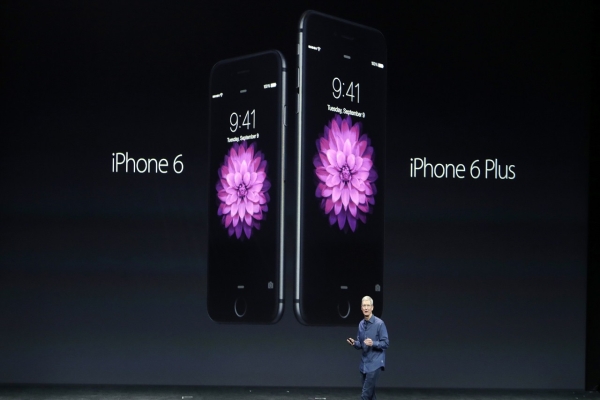 Big news in Apple-land: a new iPad Pro, a new mini, two new iPhones and an Apple TV with more power and an easier-to-use and more useful remote, although all these things won’t appear at once. Pretty much every single thing was anticipated – Apple has seemingly lost the ability to keep its ship entirely watertight, although logic pointed to all of the above even without leaks and rumours from the supply chain.

The iPhone 6s and 6s Plus have 3D Touch, a new A9 CPU, there’s a rose-gold colour (which is why you won’t need those tinted specs) and you’ll be able to buy them from September 25th (and preorder them from the 12th).

3D Touch is new way to interact with the handset, sensing pressure from fingertips (as per Watch) to enable new shortcuts supported by iOS 9, with which both models will ship.

The 6s also boasts a 12-megapixel iSight camera with a larger image sensor, which means better photos that take up more storage space – which might definitely become an issue should you order the 16GB model.

Apple is also taking the consumer a little more seriously these days, following on from the multiple Watch and strap iterations available (hardly Jobsian). There will be a new range of Apple-designed leather and silicone cases in several colours, and even Lightning Docks in colour-matched metallic finishes for the obsessive.

A bigger iPad
Also, the long-awaited (and speculated-upon) iPad Pro can be had with an optional Apple Keyboard and even an ‘Apple Pencil’ Stylus, which would have never got past Steve Jobs’ office.

The new device won’t be available till November and presumably is an attempt to stem the general slump in tablet sales. It features a 12.9-inch display with a resolution of 2732×2048, and a new processor, which Apple claims is 1.8 times faster than that in the iPad Air 2.

The Smart Keyboard snaps on magnetically (like the Microsoft Surface, as many are pointing out). It uses the same dome-shaped keypad mechanism as the recently-introduced MacBook.

The Apple Pencil stylus features a variety of digital and electronic enhancements designed to make iPad Pro and Apple Pencil a tool for artists, CAD designers, and more.

And attention to the smaller one
More exciting, perhaps (I’m a fan of the smaller iPad) is a new iPad mini 4. It has the faster iPad Air 2 internals yet an even slimmer profile, and it’s lighter despite the higher-performance internals. Specifically, that’s an Apple’s A8X processor, the M8 motion coprocessor, Touch ID sensor and 1 gigabyte of built-in RAM.

New Apple TV
Also great for all lizards of the lounge (or boardroom) is the new Apple TV. It will have Siri, games and Apps. Not only will you be able to control the TV with Siri (‘What did she say?’ and it rewinds 15 seconds, for example) but the new remote has a thumb-swipeable Touch surface so you can scroll, select and navigate your TV screen more easily, plus four buttons and a volume rocker.

I must admit, I’m looking forward to this one, even though I’m not yet clear on when we can get one.