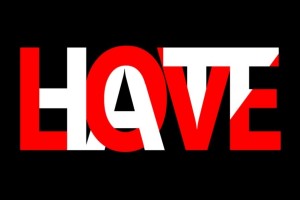 ‘Enterprise’ used to be Apple’s final frontier, but those days are behind us, it seems. Normally, every three months, Apple puts out its figures, breaks more records and then its share price drops because, although the figures are always huge, Wall Street analysts always seem to want more and they start selling shares.

Not this time – shares went up.

Somehow, without seeing the irony in his statement, FBR & Company analyst Daniel Ives said the September quarter earnings news was “a major step in turning the positive tide around the Apple Story.”

Erm, the ‘Apple story’ has been incredibly successful for years now, but still Wall Street refused to see it and continued to moan about it. Perhaps too much is never enough.

Watch us break it down
Apple doesn’t break figures down anywhere near enough to really satisfy Apple watchers, with its need to control every facet of what it projects. This control was recently extended to cutting third party product lines in its Apple Stores and, for those lucky few suppliers still allowed in, on the condition they had to redesign their packaging to be more Apple-like! That’s what market power allows you. I’m trying to think of a nicer word than ‘megalomania’ – suggestions welcome.

But how is that executive wrist-piece faring? I say this as Apple Watch is a projection of success. It’s going to be redundant in a year or so, yet still people buy them, and wear them with admittedly beautiful, tailor-made straps for every occasion: sweaty time in the gym, cool and high-tech for the boardroom and bespoke leather for dinner, thank you very much. You’re buying something that’s tangibly going to be short-lived – but Apple Watch sales topped US$1.7 billion in five months, to the end of September.

At least you can get standalone apps for it now – for example, Runkeeper now lets you collect and show data as you jog without having to try and pack the companion iPhone along as you do so. There are already 1300 such apps available.

The China boost
Apple’s continued success is largely thanks to China. Not that long ago, this was due to getting products made cheaply. Now Apple is selling them back to the Chinese with high profit margins intact.

Meanwhile, Samsung has been selling more handsets at less profit (the reverse of Apple’s approach): the Korean giant’s IT & Mobile unit reported higher shipment of smartphones but also that its profitability declined. That’s to be expected from fire sales to boost sales of the disappointing Galaxy S6, along with a lower handset Average Selling Price.

And how Apple is taking the enterprise
Meanwhile, Apple has been beavering away growing its enterprise business, to the tune of US$25 billion. Apple has done this in a variety of ways, but apparently the enterprise focus of each new iOS release is a major component. Apple has developed a multi-faceted strategy of mobile security, enterprise OS support, over sixty mobility partnerships, the promotion and development of professional health and financial apps and a new business focused iPad Pro will appear soon.

Oh, and there’s Apple’s quiet but ongoing business website – and even a once unthinkable collaboration with IBM (Apple once lampooned Big Blue as much as it did Microsoft).

A smart move
Co-developing enterprise apps (in the joint MobileFirst program) with IBM is a smart move. It has had IBM execs and engineers using Apple gadgets, and personal computers as well: IBM is saving $270 per Mac installed compared to Windows PCs.

That’s Apple’s famous ‘ease of use’ at work, and its well-documented reliability. IBM already has over 30,000 Macs in circulation and is adding another 1900 every week.

It’s not just Apple touting these support savings at IBM, by the way. IBM’s Fletcher Previn revealed the company has been able to cut costs in IT support since staff members were given the option of either PCs or Macs last June. “We just need a lot fewer people to support these machines,” Previn said. Macs are initially more expensive to buy, as Previn pointed out, but “every Mac that we buy is making and saving IBM money.” You can just imagine support technicians the world over failing to welcome this news; at IBM, at least for some, Apple has gone from the company they loved to hate to the one they hate to love.