Opinion Articles > Shadow IT: Not a new thing and nor is managing it 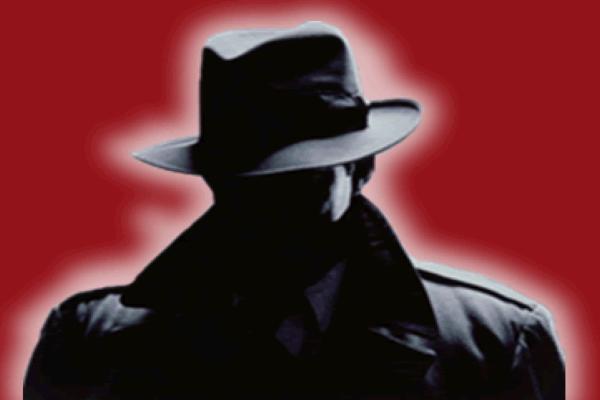 IT organisations tend to be fond of a mandate which states what IT does and what users can and cannot do. The expectation is that if we can simply clarify and enforce the rules, then shadow IT will go away and all, or at least a few, of the world’s problems will be solved.

However, there is a problem. Mandates have never worked when it comes to users and IT.

It is the mid-1980s and I am a freshly-minted graduate working at Deloitte. I have bought my first ever PC. A sewing machine-style luggable. I have always been a bit of geek and at the time this was the latest greatest machine of its type with twin floppies (if you’re a millennial and don’t know what a floppy is, search Google. For those that do know, this is so long ago that floppy drives truly were floppy).

I loved that machine. It was a game platform, a massive calculator through amazing spreadsheets, a word processor (and anyone who has tried to read my handwriting will know how important that is to me) and many other things besides. I could do so much with it, but, I was not allowed to use it at work.

Instead I had to use A3 size tabular paper and multiple coloured pens and pencils as notation aids and massive handheld ‘manual’ calculators. It was ridiculous. I could have been so much more productive if they had just let me use my PC.

But no, the powers that be had decided PCs had no place at work.

Despite the rules, I and several others slowly began to use our PCs anyway. They were helpful and improved our productivity even back then.

The introduction of the PC saw a massive rise in shadow IT for most organisations. While people like me found them useful IT teams routinely sought to shut them down and keep them out. Many IT teams proclaimed and enforced bans – right or wrong, we all know how that eventually played out.

First encounters of the mandate kind
While my little rebellion wasn’t the first instance of shadow IT ever recorded, or likely the worst, it was my first experience of IT mandates. It still demonstrates how futile it is to attempt banning that which people find useful.

Yet many IT teams today still seek mandates to determine what technology an organisation can use and to ban the rest.  And too often the prevailing opinion is that if users dare step out of line, they should be chastised. They seem to want to treat the rest of the business as if they are naughty children who have broken the rules and need to be told off or better yet smacked.

We know in our industry that mandates don’t work. If people want and need something and IT can’t or won’t provide, they just go around IT. Shadow IT. That nasty underworld of backroom deals and shady characters who go around IT and ignore all our good work.  We need to deal with those reprobates and return the organisation to the light. It is part of our fight against evil and let’s face it, there are some very good reasons for us to keep up this fight.

But maybe shadow IT is our fault.  After all, deep down all these “shady characters” are trying to do is figure out how to get their job done in the best and easiest way and IT can’t or won’t help.   Shadow IT happens because you have, or think you have, a mandate but fail to back that mandate up with great service.

Yes, mandates are important to keep the organisation safe and to enhance your prospects of delivering value, but every mandate needs to be backed up with an appropriate service proposition or people will try and work around it.

Solving the riddle
What can you do about it?  Here’s one approach that seems to be getting results.

In one organisation, shadow IT is rampant.  Business leaders are sourcing their own systems because the IT team can’t or won’t help (there simply isn’t enough capacity – people or money – to meet demand).  In response, the IT team has set the business free to make its own decisions, positioning itself instead as a facilitator.

Some of the key aspects of the approach are:

This organisation has some way to go. IT still gets worked around at times, but the more it lets go of mandates and focuses on providing great support and service, the more influence it gets.

What can you do to start your journey? Start by identifying all those areas where you have or wish you had a mandate and then ask yourself these questions: