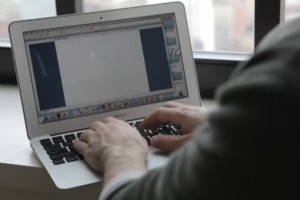 Enterprise was the final frontier for Apple for a long time. Mark Webster notes this appears to have changed…

Once upon a time, the only department in a corporation with Macs would be the design department, and a decade or two ago, even that wasn’t guaranteed. But steadily Macs have encroached into the realms of enterprise – executives started insisting on having their own Macs a while ago thanks to the iPhone ‘halo effect’ and now, typically, their workers out on the road often use MacBook Airs and iPads.

As most people accept nowadays, having Apple everything gives you a distinct advantage over the mishmash of devices on offer. By that I mean not only the scattering of Androids and even Windows phones that having to communicate with the mix of different PC brands, but also, the fact that bargain PCs tend to contain a mishmash of components inside their cases too. Seamless communication between services is certainly not a given under those circumstances, unless a very keen and well-paid IT department keeps a very close eye on what’s deployed, how and when.

Apple devices talk to each other fast and seamlessly. More importantly, they do so securely, thanks to the old saw ‘Apple’s walled garden’. The fact that full ‘prime’ Mac OS updates started appearing free a couple of years’ ago, while Microsoft struggled to push out Windows updates to an increasingly resistant established base of PC users, worked in Apple’s favour. (Although, Microsoft is finally about to change that.)

Meanwhile, Apple has made steady progress into these once almost unreachable (for Apple) markets. Yes, there are critical corporate needs that only certain Windows apps serve, for sure – but even then, you can install Windows onto Macs anyway, or install software that lets Windows apps run. Macs these days cost almost the same as business-class PCs, but their total cost of ownership is almost always lower once everything is factored in.

Macs can be managed at scale. As everyone seems to know these days, finally, Macs are more secure out-of-the-box than Windows PCs.

Other advantages include the fact that Macs provide an operational recovery option that an all-Windows environment (so far) does not. To do this on a Mac, you just restart while holding down both the ‘Command’ and ‘R’ keys to launch a hidden recovery partition which has tools to fix the rest of your Mac. It’s nifty, easy and effective.

As a recent Macworld article pointed out, even Cisco Systems, once an adamantly anti-Mac company, now has about 20 percent of its users on Macs. How many people is that? Why, 35,000… apparently, Cisco’s Mac integration was easily accomplished.

Meanwhile, Apple’s key wholly-owned subsidiary FileMaker has just launched FileMaker Pro 14, which adds considerable design tools to the world-leading database app, plus even more interoperability with its free FileMaker Go app for iDevices. For many, many years, FileMaker has been able to run as a web server – that means users can run the database from browsers and the database updates in real time. Now, FileMaker WebDirect and new dynamic fields let easily-placed databases resize themselves on any Apple tablet or phone. Anyone out in the field can access their data immediately and even add to it.

Oddly for Apple, perhaps, FileMaker has always been available for Mac and Windows. Apple’s efforts have been lambasted as lacklustre for Windows users – it’s hardly Apple’s core business. Complaints come from PC users about the PC version of iTunes, for example. It’s a bit of a dog on Mac too, if that’s any consolation, but it’s much worse, evidently, on PC.

It’s also available as a pay-per-month option. Of course, Windows PCs will remain the standard computing device for the majority of users. They might even stage a comeback, if Microsoft’s new management can stay progressive and keep its engineers innovative. Once upon a time – and I think this continued even through the Ballmer years – Apple and Microsoft had close co-operation between engineering teams. You may know that Apple’s networking software uses Microsoft code. Now, Microsoft’s System Center even supports Macs running OS X Yosemite, if they’re running a Microsoft configuration client. There are even System Center add-ons to extend Mac management capabilities, for example Centrify.

Companies don’t just use computers, of course. iOS has also established a lead in enterprise thanks to strong iPhone 6 demand, although tablet (and iPad) share continues to decline.

Good Technology’s Mobility Index Report for the first quarter of 2015 found Apple’s iOS accounted for 72 percent of all mobile device activations. This is actually down one point quarter-over-quarter, losing ground to Google Android.

This is partly Apple’s fault. Since introducing big-screened iPhone 6 and 6 Plus models, that bigger iPhone can do much of what people used iPads for as well as having a SIM for cellular connectivity, while remaining (relatively) pocketable. So Apple maybe shot iPads in the foot with iPhone 6, to some extent. A new iPad would have to be pretty incredible to get market share back and meanwhile, of course, rumours of what an iPhone 7 might be capable of are already doing the rounds.

Apple muddied the tablet waters further, in my opinion, by introducing the MacBook: it’s like an expensive iPad with a beautiful screen and keyboard. That said, iPad still commands a comprehensive lead – Apple has seen its share drop to 81 percent in the first quarter, a four percent drop sequentially. At one point, iPad accounted for 92 percent of the market.
Apple’s absorption into enterprise has been pretty solid.